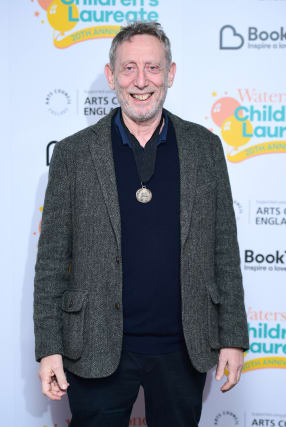 The poet and author, 74, was treated in intensive care by doctors after he was admitted to hospital in March.

He said on Twitter that healthcare workers and hospital staff went to “huge efforts” to keep him alive.

“They saved my life and have got me from horizontal to hobbling.

“Forever grateful to you all.”

Rosen said he was “overwhelmed” by how his radio producer wife Emma-Louise Williams and his family had “hung on in hope while I was out of it in a coma for several weeks – survival in doubt”.

He added: “I’m so lucky to have had such hope and support backing me.”

Rosen is known for books including We’re Going On A Bear Hunt, Little Rabbit Foo Foo and Chocolate Cake, and was Children’s Laureate between 2007 and 2009.