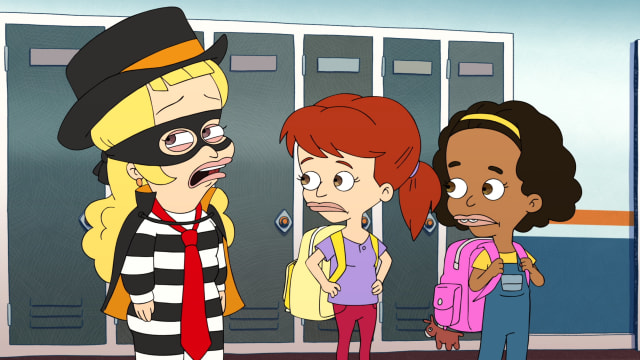 Actress Jenny Slate announced she will no longer voice a black character in the animated series Big Mouth, saying her taking the role was “engaging in an act of erasure of Black people”.

The 38-year-old, who is white, had starred as Missy in the Netflix comedy, but the role will now be recast.

It comes amid a renewed focus on diversity in Hollywood following worldwide protests against racial injustice.

Writing on Instagram, Slate said: “At the start of the show, I reasoned with myself that it was permissible for me to play Missy because her mom is Jewish and White — as am I.

“But Missy is also Black, and Black characters on an animated show should be played by Black people.”

Slate, who has been on the cast of Big Mouth since it premiered in 2017, added: “I acknowledge how my original reasoning was flawed, that it existed as an example of white privilege and unjust allowances made within a system of societal white supremacy, and that in me playing Missy, I was engaging in an act of erasure of Black people.

“Ending my portrayal of Missy is one step in a life-long process of uncovering the racism in my actions.”

In a joint statement, Big Mouth creators Nick Kroll, Andrew Goldberg, Mark Levin and Jennifer Flackett said: “We sincerely apologise for and regret our original decision to cast a white actor to voice a biracial character.”

They confirmed the role would be recast with a black actor. Three seasons of Big Mouth are available on Netflix, with a fourth on the way.

Last year, the streaming giant renewed the series through to a sixth season.

This is not the first time the issue of a white actor voicing a non-white character on an animated show has proven controversial.

Hank Azaria confirmed in January he would no longer lend his voice to Indian shopkeeper Apu on The Simpsons, following years of controversy.