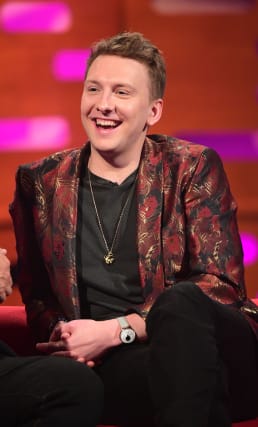 Medical consultant Clare Bradley has been crowned the winner of The Great British Sewing Bee 2020.

The 38-year-old, from Winchester, triumphed over finalists Matt Gage and Nicole Akong in the grand finale on BBC One.

She impressed judges Esme Young and Patrick Grant across 10 weeks of sewing challenges.

Upon being announced as the winner, she said: “I feel really surprised. Crikey.

“I do hold myself to high standards and because other things I have gone in for are things I have trained for like exams and more exams – this was something I did for fun.

“I signed up just to have some fun and to do interesting things. Well, I have definitely done that.”

Hosted by comedian Joe Lycett, the finalists took on a trio of celebration-wear challenges, including constructing and fitting glamorous cut-out evening gowns for their models.

Speaking after her win, Bradley revealed that she had kept her trophy in her fabric cupboard until the final aired on TV.

She said: “Until the showing of the final, I have kept it hidden in my fabric stash cupboard.

“Now I’m allowed to show it off, I will put it on the shelf in my sewing room with my hat blocks. I will also have to take it in to the hospital to show my colleagues, or they won’t let me hear the last of it.”

Bradley, who is a medical consultant at a hospital in Portsmouth and specialises in lung cancer, also revealed that she had been recognised at work.

“I have been recognised at work, both by staff and patients and their families,” she said.

“Chatting with patients on the ward about the show has revealed hidden talents among many of my patients – knitting, sewing, quilting – which has been a lovely insight into their personalities and histories.

“I’ve been surprised by who’s watching it – my friend and model Alex tells me she’s got all the intensive care consultants watching the show.”

At the end of the episode, the contestants’ friends and families, along with past competitors, arrived to celebrate her win.