Gone With The Wind returns to HBO Max with a disclaimer 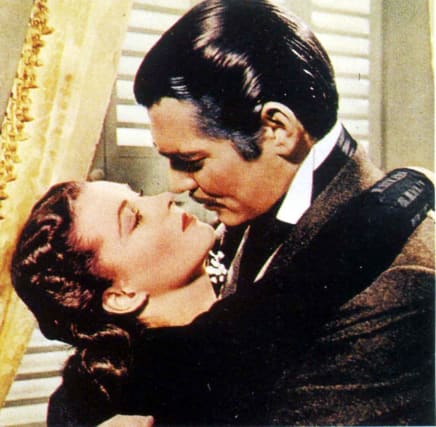 Gone With The Wind has returned to the HBO Max streaming service accompanied by a disclaimer saying the classic film “denies the horrors of slavery”.

The 1939 Civil War epic was removed earlier this month following criticism of its “racist depictions”.

John Ridley, the Oscar-winning screenwriter of 12 Years A Slave, argued for it to be temporarily taken down due to its portrayal of the pre-war South, saying it perpetuates “some of the most painful stereotypes of people of colour”.

Gone With The Wind has now returned to HBO Max, accompanied by two videos discussing the historical context of the film.

One clip features TV host and film scholar Jacqueline Stewart, who acknowledges Gone With The Wind as “one of most enduringly popular films of all time” but noting its depiction of black people was controversial even at release.

She said: “Producer David O Selznick was well aware that black audiences were deeply concerned about the film’s handling of the topic of slavery and its treatment of black characters.”

Despite famed producer Selznick assuring black viewers that the film would sensitively handle their concerns, Stewart said Gone With The Wind instead presents “the Antebellum South as a world of grace and beauty without acknowledging the brutalities of the system of chattel slavery upon which this world is based”.

She added: “The film’s treatment of this world through a lens of nostalgia denies the horrors of slavery, as well as its legacies of racial inequality.”

The second video is an hour-long panel discussion debating Gone With The Wind’s “complicated legacy”.

Gone With The Wind, a huge box office success, told the love story of Scarlett O’Hara (Vivienne Leigh), the daughter of a plantation owner, and Rhett Butler (Clark Gable).

In the 80 years since its release, it has remained a classic of Hollywood cinema despite controversy over its depiction of black people.

However, infamously, she was not allowed to sit with the other cast members at the ceremony.