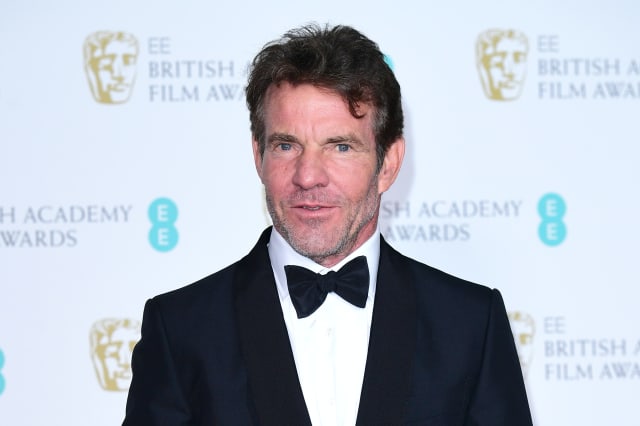 Dennis Quaid has revealed he has secretly married his 27-year-old partner Laura Savoie.

The actor, 66, who has starred in films including The Parent Trap and The Day After Tomorrow, eloped to Santa Barbara with Savoie on June 2 after they got engaged last October.

The couple had planned to get married in April in Hawaii, with a second reception for family and friends in Nashville, but had to postpone due to the coronavirus pandemic.

Instead they tied the knot with only their pastor as witness.

He told People magazine: "It was beautiful. Just looking into her eyes, she was the most stunning bride."

The actor, who has previously been married three times to actresses PJ Soles and Meg Ryan and estate agent Kimberly Buffington, added: "It was love at first sight. I just love who she is as a person. Her character, her intelligence, of course her beauty. And her point of view of the world."

Quaid has three children, including the actor Jack Quaid, his only child with Ryan.

Savoie told the magazine she has "never met someone who is so in love with life. It's like nothing can bring him down".

She added: "Just getting to do life with someone who lives that way is inspiring for me. It changes my perspective and it brings so much joy to every day."

Quaid previously revealed he proposed in Hawaii, telling US entertainment show Extra: "It happened on the very northernmost point of Oahu, at Turtle Bay. It was kind of spontaneous. It was very much a surprise.

"She was actually taking a selfie of us, and I put the ring in front and said, 'Will you marry me?' — and then she fell down."