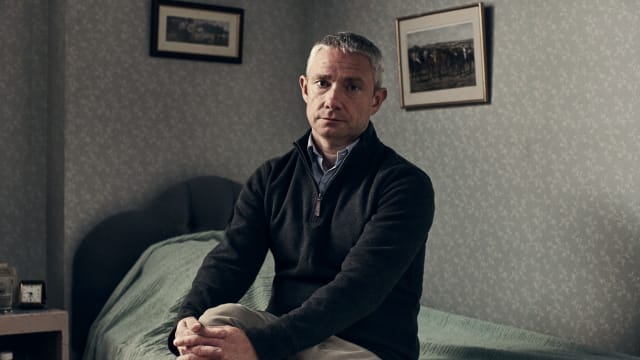 Martin Freeman and Jodie Comer are among the cast and crew members of BBC series Talking Heads to have donated their fee to an NHS charity.

The move has raised more than £1 million for NHS Charities Together, which supports staff and volunteers caring for Covid-19 patients.

Actors Maxine Peake, Imelda Staunton, Tamsin Greig and Kristin Scott Thomas, along with writer Alan Bennett, are also among those to have given their fee to the fund.

The series, which has been produced by the London Theatre Company, is being broadcast on BBC One.

Bennett also wrote a tribute to the NHS to go alongside their donation.

He said:”That the company doing Talking Heads has been able to say thank you in a meaningful and useful way to the NHS makes up for sometimes taking it for granted. Never again.”

Ellie Orton, CEO of NHS Charities Together, said: “I’m really blown away by the generosity of all of those involved in this production, the funds they have donated will make a real difference for the people who are tackling this crisis head on, in our hospitals and in our communities.

“I feel like there’s a down-to-earth humanity in some of the Talking Heads monologues that you often see in people who work within the NHS, and that gives this donation a special resonance for me.”

This boy has a strange hobby