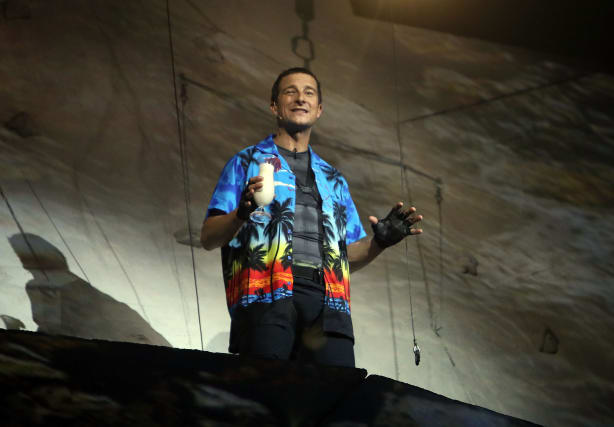 Bear Grylls declares “this is not a normal adventure race” in the first trailer for his new Amazon series.

The 10-episode series, hosted by Grylls, was filmed last autumn in Fiji and features 330 competitors who form teams of five, including four racers and an assistant crew member.

They will cover 671 kilometres of terrain in a test of physical and mental endurance, in a bid to cross the finish line.

The rebooted series is produced by Mark Burnett, who is responsible for the US versions of The Apprentice and Shark Tank.

Speaking at a launch event for the show in London in 2018, Grylls said: “This is a race like no other, you never leave a man behind. If somebody quits, the whole team is out.

“It’s hard and unforgiving but fosters a spirit that we are in this, one and all.

“It’s the ultimate race with the ethos many are called but few are chosen, and seeing those teams go to the limit is compelling.

“I get such a kick out of bringing to millions of people this spirit of endeavour, never giving up and loving and protecting our world.”

Burnett added: “The typical race is around 300 miles non-stop. It is teams of four, men and women in each team.

“If any single person quits, the entire team is disqualified. It’s lots of pressure, people train for about a year, they need to know mountaineering, ocean kayaking, repelling, caving, mountain biking, non-stop.

“This eats the Iron Man for breakfast, it’s like doing 10 or 12 Iron Mans back to back. It’s an expedition with a stopwatch.

“This is the best of the best. The women members of the team tend to be the strongest because they are much better at knowing how to manage the team, when to rest, it’s a matter of managing how much sleep to have.

“The teams that try to go without sleep collapsed.”

The show will launch on Amazon Prime Video on August 14.