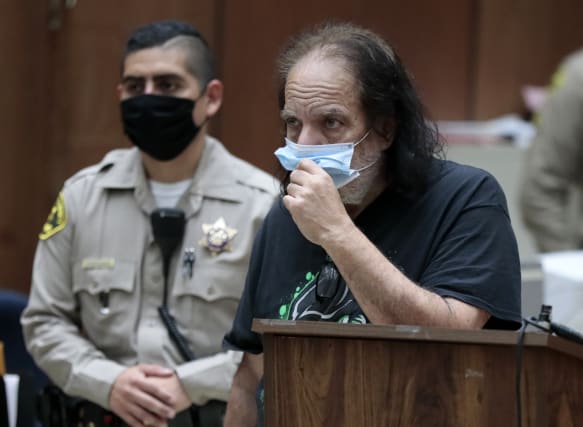 The 67-year-old is alleged to have raped three victims and assaulted another in separate incidents between 2014 and 2019.

He denied the allegations, tweeting: “I am innocent of all charges. I can’t wait to prove my innocence in court! Thank you to everyone for all the support.”

He appeared in a Los Angeles court on Tuesday and was remanded on 6.6 million dollar (about £5.3 million) bail, prosecutors said. Another hearing has been scheduled for Friday.

Jeremy is accused of raping a 25-year-old woman at a home in West Hollywood in May 2014, Los Angeles County District Attorney Jackie Lacey said.

The actor, whose real name is Ronald Jeremy Hyatt, allegedly attacked two women, aged 33 and 46, on separate occasions at a West Hollywood bar in 2017.

Prosecutors declined a case against Jeremy due to insufficient evidence relating to an incident in 2016, the district attorney said.

If convicted as charged, Jeremy faces a possible maximum sentence of 90 years to life in state prison.

The case remains under investigation by the Los Angeles County Sheriff’s Department.