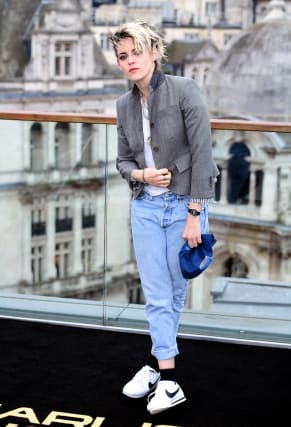 Netflix has unveiled a series of 17 short films made in lockdown by leading filmmakers.

The streaming giant said the movies, filmed using only equipment found at home, tell “personal, moving stories that capture our shared experience of life in quarantine”.

They range from intimate diaries of the filmmakers’ day-to-day lives to short tales of fiction across multiple genres, Netflix added.

Chilean director Pablo Larrain – recently announced as directing a film about Diana, Princess of Wales – filmed a short in Santiago while Maggie Gyllenhaal made one in the US state of Vermont.

Twilight actress Kristen Stewart – who is set to play Diana in Larrain’s upcoming movie – has directed a short in Los Angeles.

Other filmmakers involved include Bend It Like Beckham director Gurinder Chadha, who filmed a short in London, and Scottish director David Mackenzie.

Larrain said: “Wonderful chance to work with people I admire. And also a very extraordinary chance to keep working, thanks to Netflix and its amazing team, in days so confusing and unique.”

The Homemade anthology will be made available globally on Netflix on June 30.