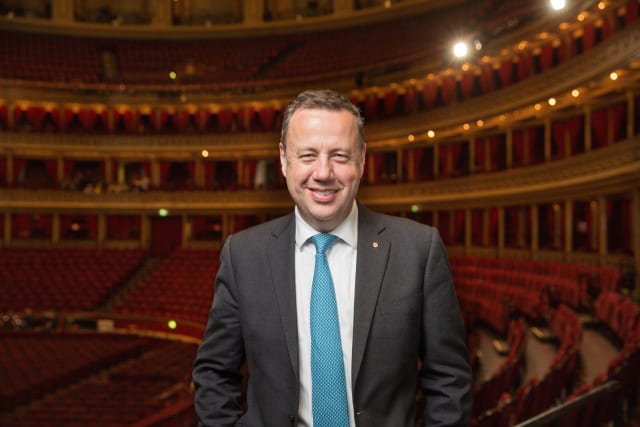 The chief executive of the Royal Albert Hall has warned that the Government must provide solutions in “weeks not months” to aid the reopening of the creative sector.

Prime Minister Boris Johnson has announced that theatres and concert halls are able to reopen from July 4, but not for live performances, with social-distancing rules cut from two metres to “one metre-plus”.

Chief executive Craig Hassall said venues including the Royal Albert Hall, The Old Vic and Shakespeare’s Globe would be unable to reopen despite the reduced social-distancing measures.

He said his venue, which has been closed since mid-March, had lost around £12 million in potential income.

Mr Hassall told PA news agency: “We are in a desperate situation, not as desperate as other people in our sector, there are small theatre companies and concert halls that are unable to reopen and this is weeks not months.

“Government has to really, if they want to help the creative sector, we need to have a solution within weeks, not months.”

Following news that the two-metre social distancing rule can now be relaxed, Mr Hassall said: “At two metres our capacity drops to about 10% of total potential capacity. At one metre it goes up to about 35 or 40% and for a show to break even, ie, cover its costs, it generally has to have about 75% or 80% capacity and after that it’s profit.

“And we have no subsidy from Government, so we have no cushion, so we rely on about a 75% to 80% capacity just to cover the costs of the Royal Albert Hall and that’s not unusual for a non-subsided venue.

“The Old Vic would be the same and the Globe similarly, so we are all in the same boat.”

He added: “I don’t know what the numbers would be but I am sure that one-metre would reduce the capacity of most venues to such an extent that they couldn’t actually open.”

Mr Hassall said he expected the Royal Albert Hall to begin hosting reduced audiences in October or November, but stressed this was only “an interim measure” to get people into the venue.

He said around 80% of concerts hosted by the venue were from external promoters hiring the space, and that many of them would be unable to break even with the one-metre rule in place.

Describing the effect of the pandemic, he said: “It is the most negatively impactful event in the history of the Royal Albert Hall, and for the cultural sector it is devastating and perilous. I cannot exaggerate this.”

Mr Hassall said he had been speaking with the chief executives of major London-based venues, including the Royal Opera House, National Theatre, Barbican and The Old Vic to swap solutions.

He said he had also been in contact with The Lincoln Centre and Carnegie Hall in New York, and the Sydney Opera House.

Mr Hassall also warned of the dangers facing regional theatre groups who may not be able to stage pantomimes this year.

He said: “And the killer thing is pantomime. So for a lot of regional theatres, if they don’t have their panto season at Christmas, that’s their cash cow for the entire year.

“And the time to plan your panto season is today, it’s not next month, it’s right now. You need to plan for it right now so this is a desperate situation for the creative sector across the whole of the UK.”