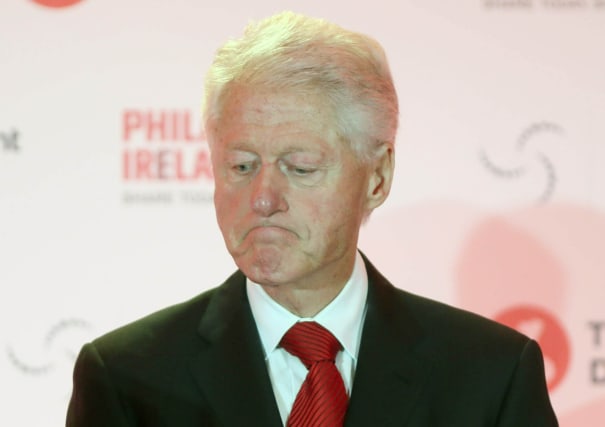 Hollywood filmmaker Steve Bing, who shares a son with actress Elizabeth Hurley, has been found dead in Los Angeles, according to reports in the US.

Former president Bill Clinton, a friend of Bing, appeared to confirm the news, saying "he had a big heart, and he was willing to do anything he could for the people and causes he believed in".

Bing, 55, was known for his work on movies including Kangaroo Jack, which he co-wrote, and for financing films including The Polar Express, starring Tom Hanks.

He was the father to Hurley's 18-year-old son, Damian, and had a daughter with the former professional tennis player Lisa Bonder.

Bing initially denied he was Damian's biological father only for DNA tests to vindicate Hurley.

The Los Angeles Police Department confirmed it was investigating the death of a man in his 50s in the Century City area of Los Angeles.

The Los Angeles County coroner said a man was pronounced dead at the scene at 1.10pm local time on Monday, and that identification was pending.

Bing donated money to Mr Clinton and was reportedly instrumental in helping the former president return two American reporters from North Korea in 2009.

In his tribute, Mr Clinton said: "I loved Steve Bing very much. He had a big heart, and he was willing to do anything he could for the people and causes he believed in. I will miss him and his enthusiasm more than I can say, and I hope he's finally found peace."

Bing is reported to have dropped out of Stanford university as an 18-year-old after he inherited 600 million dollars (about £481 million) from his grandfather, the real estate developer Leo S Bing.

He then launched his Hollywood career and co-wrote the 2003 comedy Kangaroo Jack while reportedly investing 80 million dollars (about £64 million) in 2004 animated film The Polar Express.

The IMDB website lists him as a producer on films including the 2000 Get Carter remake starring Sylvester Stallone and Shine A Light, Martin Scorsese's 2008 documentary about the Rolling Stones.

Bing was was the founder of Shangri-La Entertainment, an organisation with interests in property, construction, entertainment and music.

As well as his work in Hollywood, Bing also donated money to the Democratic Party.

His name is listed on the Giving Pledge website, a project launched in 2010 by Bill and Melinda Gates and Warren Buffett that asks the super-rich to give away the majority of their wealth to philanthropy.