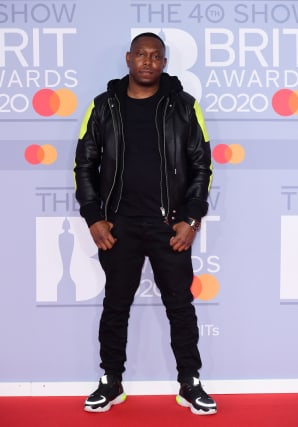 Piers Morgan and Dizzee Rascal clashed on ITV’s Good Morning Britain, when the rapper refused to share his views on Black Lives Matter.

The musician accused the TV host of portraying him as an “aggressive black man” during the breakfast television interview.

Dizzee, real name Dylan Kwabena Mills, was on the show to discuss live shows he will be performing at drive-in.

When asked about the issue, he replied: “I’ve got a bunch of views but it’s early, if I’m honest.”

When Morgan told him: “Your view matters,” he replied: “I know it does, but today we are talking about the drive-in.

“And I hope this isn’t a missed opportunity to speak up on a lot of the badness that has been happening, but it’s really nice and sunny outside today and I can’t really be bothered to be in all of this this morning.

“I’ve got my afro out so I know I’m looking a bit natural and that, so maybe that’s why you’re asking the question.”

When Morgan told him: “You’re a high-profile black man in this country and it’s a huge issue in this country,” Dizzee said: “Let’s keep it calm. I’m just saying I’ve got a bunch of views but right now is not the time.

“I can personally take any opportunity when I want, because of social media, but right now it’s really early and it’s just going to cause a bunch of whatever, unnecessary.”

The conversation continued as Morgan said: “I think that’s completely fair enough, I think you’re completely entitled to say that and I don’t want to force you to say anything, if you’re concerned about doing it this early in the morning.”

Dizzee replied: “You can’t force me,” to which Morgan responded: “I’ve got no intention of forcing you, you are reacting very aggressively to a very polite question, I’m just asking you what you think.”

The presenter later tweeted a picture of himself, co-host Susanna Reid, and Dizzee all laughing together and wrote: “Dizzee, you’re a rascal.”

When one viewer said he had been “mugged off” by the star, Morgan replied: “I didn’t feel ‘mugged off’. I asked @DizzeeRascal about #BlackLivesMatter & he said he didn’t want to talk about it. Entirely his prerogative.”

He also added he thought it was a “strange reaction” from the music star.