BBC to axe more than 150 jobs in Scotland, Wales and Northern Ireland 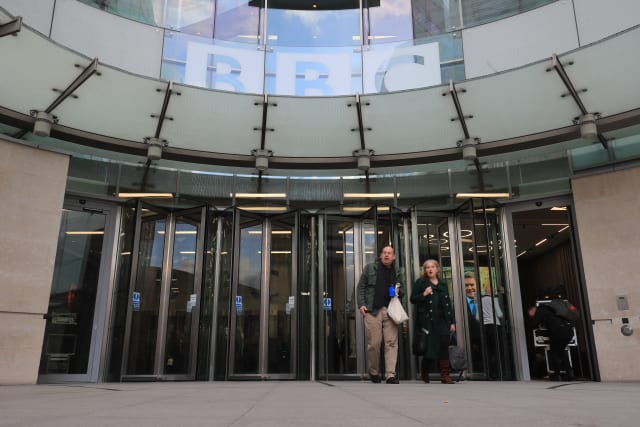 The BBC has announced that it is cutting more than 150 jobs in Scotland, Wales and Northern Ireland.

In Northern Ireland, between 30 and 40 posts are expected to be cut, including via voluntary redundancies, to save £3.6 million by the same date.

BBC Cymru Wales is expected to cut 60 staff, approximately 6% of its workforce, by spring 2021, to make savings of £4.5 million.

The announcement comes after outgoing director-general Tony Hall launched a programme of voluntary redundancy across the BBC last week.

The BBC already had an £800 million savings target before the coronavirus pandemic led to an additional £125 million deficit.

A spokesman for the BBC said: “The impact of the coronavirus pandemic means the BBC needs to make £125 million of savings this financial year, in addition to the £800 million efficiency savings the corporation had previously committed to.

“The savings are critical to ensuring the long-term future of the BBC and no part of the organisation is immune from making savings.”

Prior to the coronavirus pandemic, the BBC said it would cut around 450 jobs – from services including Newsnight and 5Live – in an attempt to “modernise its newsroom”.

However, this was paused in order to keep a continuous news service on air amid the outbreak.

National Union of Journalists general secretary Michelle Stanistreet said: “The BBC is at a pivotal point in its history. Already faced with achieving cuts of £800 million, the additional Covid-19 funding gap of £125 million will lead to swingeing cuts to jobs, programming and services.

“At a time when our public service broadcaster has brilliantly risen to the challenge of a global pandemic, providing vital information and news to communities faced with an unprecedented health crisis, it is now having to pay the cost for that public service by losing experienced talented staff, and curtailing important and valuable news and content.

“The Government should step forward to fill this Covid-19 funding gap, rather than inflict further cuts on an already financially challenged BBC.

“There must then also be a broader debate around the funding of the BBC so that our public service broadcaster can be taken off the critical list with its future health and independence secured.”

“The BBC says it wants to get out of London and better reflect the make up of the UK. These job cuts will make that far harder. It will also mean less scrutiny and holding to account of local politicians and decision makers.

“If the BBC shrinks and reduces news coverage in these areas there is no one else that will be able to step in and fill the void left behind.”

It comes after more than 20 MPs wrote to the BBC asking the corporation to halt proposed cuts to its English regional television programming.