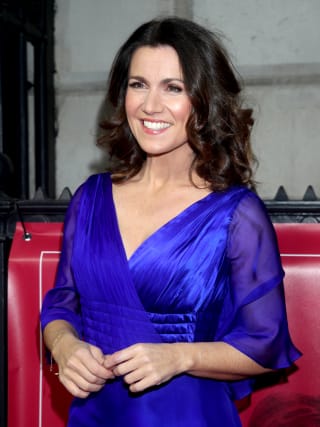 Susanna Reid has revealed that her former colleague Bill Turnbull helped her son overcome his fear of animals.

Reid said her son had been “petrified” of animals and had found it difficult to even be in their kitchen if there was a cat visible in the garden.

However, after a holiday visit to Turnbull’s farmhouse and a game of fetch with his black Labrador Bonnie, the boy’s fear was cured.

Speaking on Turnbull’s Paws And Claws podcast, Reid said: “At the time you had two dogs – black Labradors – and he was very, very wary of them and you managed to break his fear of animals that day, using a technique which I’m sure is universal to children the world over when you’re dealing with fear of animals.”

She added: “It was in that moment that his fear of animals and what they were going to do to him was completely dispelled and he realised that actually they’re just kind, lovely interactive things who want to play with you.

“Which was absolutely lovely and I think that enabled us then to be able to get our own animal and there you are. So a huge thank you to you.”

Speaking about her son’s fear of animals, she said: “I didn’t see him interact with any other animals, dogs and cats are just pretty much the only animals you’re going to come across aren’t you, in sort of urban south London life.

“I’m not sure where it came from because we’ve always been very comfortable around animals.

“But as a family we’ve never really interacted with dogs, so I wonder whether just dogs being quite alien, not being in the house, none of my broader family had dogs, whether that was a bit of a fear and then that just meant all animals of that sort of shape and size.”

Asked how her son was now, she said: “Totally comfortable. I mean completely. So I would recommend that Bill Turnbull ball therapy to anybody who’s got a child with (fears).”

Reid was the first guest to appear on the seven-part Paws And Claws With Bill Turnbull podcast.

The episode is available to download from Global Player and all other major podcast platforms.