Nicholas Hoult: Intimacy coordinators a good thing for the industry 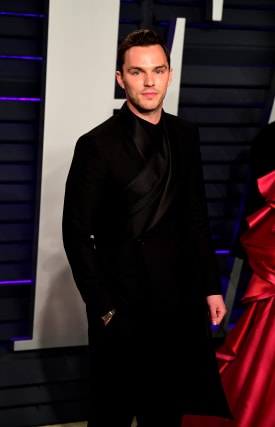 Nicholas Hoult says he welcomes the arrival of intimacy coordinators on today’s film and TV sets.

The actor, 30, said he had been stripping off on screen for a long time, including, aged 17, in Channel 4 drama Skins.

Having an intimacy coordinator oversee sex scenes on The Great, a new TV miniseries about Catherine The Great, was a refreshing development, he said.

“This is the first job I’ve had that on and it’s a very positive change in the industry. It’s almost like having a stunt coordinator,” Hoult told GQ Hype.

“They make sure everyone is comfortable in terms of what’s happening and agreements of what can happen, but also choreograph it in a way that makes sense for the story and what it is you’re trying to tell.”

He added of his previous experiences: “It’s never comfortable being naked on set, around 15, 30 or 100 people that you don’t know… I’d like to stop having to get naked at work.”

Hoult also said he hated filming a scene in crime drama True History Of The Kelly Gang “where I had to hold a gun to a baby’s head”.

“My son was around the same age and it was really difficult in many ways. It was actually quite horrible to do that,” Hoult said.

“I was glad to not be playing that character any more, if I’m honest, because it was just doing horrible things every day at work. And that’s not something that sat too well.”

The full feature is at GQ Hype: www.gq-magazine.co.uk/culture/article/nicholas-hoult-the-great