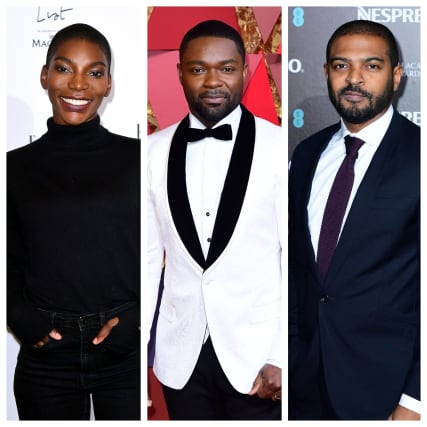 The UK film and TV industry “must put its money and practices where its mouth is” to tackle systemic racism, an open letter signed by more than 4,000 producers, writers, directors and actors has said.

The document has been signed by actors including Chiwetel Ejiofor, Michaela Coel, Noel Clarke, David Oyelowo and Meera Syal, as well as presenter Anita Rani and directors Asif Kapadia, Gurinder Chadha and Rapman.

It says that while messages of support of Black Lives Matter are “a first step”, the industry must do more “after decades of enabling racism in your ranks”.

The letter says: “As one extended community, we require your active engagement to tackle structural and systemic racism in our industry, in the UK and around the world.

“While messages condemning racism and advocating for solidarity on social media may inspire hope, the UK industry must put its money and practices where its mouth is.

“A direct line can be drawn from the stories and voices that are silenced and ignored, to the discrimination and biases that are pervasive in the entertainment industry and larger society.

“This moment in history presents an opportunity for you to be a positive partner for change.”

The letter calls on the industry to banish “weak excuses” such as that stories that do not centre around white people are “too small” or feel “too risky” and to empower producers who are not given the same opportunities are directors.

“This is especially troubling because producers often work with multiple writers and directors.

“Supporting one producer effectively supports many black and brown professionals above and below the line.”

The letter, which has also been signed by Colin Firth, Stephen Graham, Miriam Margolyes, Sandi Toksvig and Jodie Whittaker, also calls on the industry to “think outside the box when looking for new talent” and be more demanding of diversity behind the camera.

It says: “We challenge you to become willing partners in this crucial endeavour.

“If the full spectrum of our experiences are not produced, marketed and celebrated with some regularity then you are actively denying our humanity and our history.

“Our stories and experiences can no longer be limited to being backdrops for white narratives and protagonists.

“Until we are able to show our full joy, grief, fear, history, pride and all the other myriad of emotions and experiences, then you are simply upholding the status quo and enabling a society that keeps white people comfortable in their racism and black and brown people perpetually dehumanised.

“Until we are allowed to make mistakes and try again like many of our white counterparts, we will never succeed in the same way.

“You are a large part of the problem and it is time to be honest about it.

“For far too long, the images on our screens have projected lies and partial truths when it comes to our lives and history, minimising our perceived value and creating ripple effects throughout society.

“This letter is in defence of all black and brown creative artists and the communities they come from.

“It is in defence of the millions of lives that have gone unrecorded.

“It is in defence of George Floyd, Breonna Taylor, Belly Mujinga, Trayvon Martin, Stephen Lawrence, Zahid Mubarek, Mark Duggan, Sarah Reed, the black and brown health professionals who have died from Covid -19, and so many other lives senselessly and tragically cut short.

“Your messages in support of Black Lives Matter are a first step.

“But after decades of enabling racism in your ranks and beyond, it is time to do more.

“If black lives really matter to you, our stories must as well.

“Black and brown lives all over the world depend on it.”