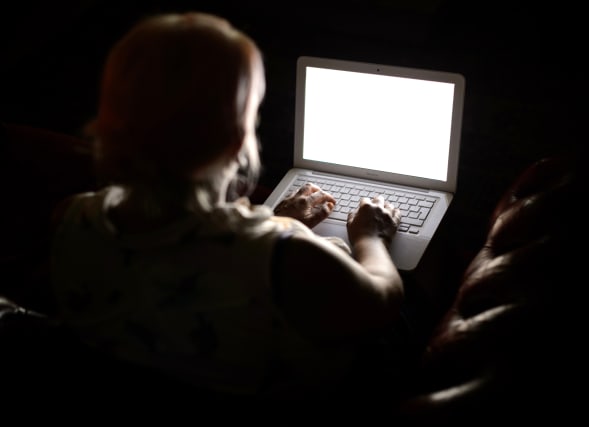 Crime series Homeland, Brooklyn Nine-Nine and Criminal are most likely to lead stay-at-home viewers to potentially malicious websites during lockdown, according to a new study.

Research conducted by McAfee’s in-house cyber security team tracked the number of unofficial or pirate websites that came up when a popular TV series or film was searched for online.

Many of these sites could contain malware disguised as pirated video files and other cyber-threats.

The cyber-threat was increased when viewers were hunting for free content online, according to McAfee.

Ironically, the top three TV show titles most likely to lead viewers to such websites when searched for online were about fighting crime.

US counter-terrorism thriller Homeland topped the list of most targeted TV shows, with Brooklyn Nine-Nine in second and Criminal in third.

Jane The Virgin was fourth, Elite was fifth and Doctor Who was sixth.

McAfee named Swingers the most targeted film, with Step Brothers in second, Black Panther in third, Lost Girls in fourth and Zombieland in fifth.

Jesus Sanchez-Aguilera Garcia, head of EMEA Consumer at McAfee, said: “With consumers looking to stay entertained while they’re encouraged to stay at home during lockdown, online activity is on the rise and so is cybercrime.

“It’s no secret that online criminals attempt to use the allure of popular TV shows and movies to trick unsuspecting consumers into visiting malicious websites that can be used to install malware or steal personal or financial information and passwords.

“It’s important that consumers stay alert while online and avoid malicious websites that have the potential to cause harm.”

McAfee analysed more than 100 of the UK’s most popular entertainment titles to compile lists for television and film.

The company analysed web results for searches of the titles with terms such as “free download” and “torrent”.

They then ranked them with “most targeted” referring to the number of high-risk websites associated with those entertainment titles.

The research was conducted through McAfee’s Web Advisor platform, which identifies and warns of potentially risky websites and downloads.

Top 10 most targeted TV shows in the UK

Top 10 most targeted films in the UK