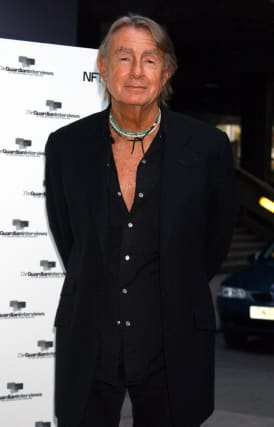 Kiefer Sutherland and Corey Feldman led the tributes to director Joel Schumacher after he died aged 80 following a year-long battle with cancer.

Schumacher emerged during the 1980s, earning acclaim for hit movies including St Elmo’s Fire and The Lost Boys.

Following Schumacher’s death in New York on Monday, tributes flowed from across the entertainment industry.

Sutherland, who starred in vampire movie The Lost Boys, described Schumacher as one of his “dearest friends and partners in filmmaking”.

He added: “His mark on modern culture and film will live on forever.”

Feldman also starred in The Lost Boys and was a Hollywood rising star before his career was derailed by addiction issues.

In several tweets, Feldman told how the sober Schumacher tried to stop him doing drugs on set, firing him after noticing he was high.

“He tried to prevent my descent,” Feldman wrote.

Jim Carrey starred in Batman Forever as supervillain The Riddler.

Carrey said of Schumacher: “He saw deeper things in me than most and he lived a wonderfully creative and heroic life. I am grateful to have had him as a friend.”

Minnie Driver worked with Schumacher on his adaptation of Andrew Lloyd Webber’s musical The Phantom Of The Opera.

She described him as “the funniest, chicest, most hilarious director I ever worked with”.

Driver added: “Once, on set, an actress was complaining about me within earshot; how I was dreadfully over the top (I was) Joel barely looked up from his NYT + said ‘Oh Honey, no one ever paid to see under the top’.”

He tweeted: “I met him on the set of the ill-fated Batman & Robin and he couldn’t have been nicer or more hospitable (and the man looooved to gossip).”

Actor Billy Eichner praised Schumacher for being a “very outspoken gay director before that was cool,” adding: “And his movies are a throwback to a time when Hollywood made something other than bloated action films or Oscar bait homework assignments. RIP Joel. I’m glad you had fun.”

His most recent film was the 2011 crime thriller Trespass, which starred Nicholas Cage and Nicole Kidman.