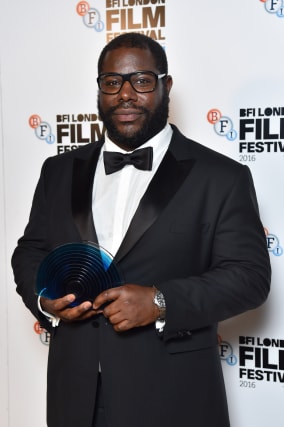 Sir Steve McQueen has said that the UK has a “shameful” lack of diversity in its film and TV industries.

The film director and artist added that the country lags “far behind” the US in representing ethnic minorities in production.

He told The Observer newspaper that he is “fed up” with the situation, adding that it is “blatant racism”.

“I’ve heard it a thousand times. They all agree, but nothing gets done.

“What I want is to see change, not hear excuses.”

The 12 Years A Slave director said that he had been shocked on a recent visit to a film set that his friend was working on.

“It felt like I had walked out of one environment, the London I was surrounded by, into another, a place that was alien to me,” he said.

“I could not believe the whiteness of the set.

“I made three films in the States and it seems like nothing has really changed in the interim in Britain.

“The UK is so far behind in terms of representation, it’s shameful.”

He said that issues of race and class “overlap”, adding: “It’s the Oxbridge thing and it’s throughout the media.

“Basically, if you want to examine race and class in this country, start by going in a film set.”

Sir Steve added that he “tried very hard” with his upcoming BBC series Small Axe, saying they “created our own training scheme with one trainee per department”.

The situation worsened when production was moved from London to Wolverhampton, he said, adding: “We had tax breaks, incentives, financial support, but the only BAME people were the drivers and one electrician.

“The stark reality is that there is no infrastructure to support and hire BAME crew.”