Gregg Wallace says the lockdown has been a ‘wonderful experience’ 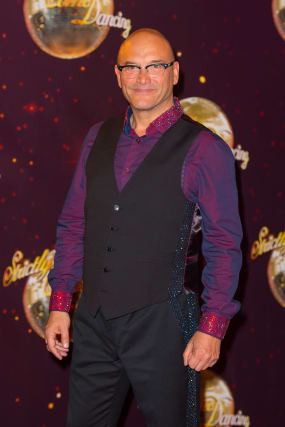 Gregg Wallace has said that spending time with his family during the lockdown has been a “wonderful experience”.

The MasterChef judge has not been working since the measures were introduced.

He said that he does not think he will get this opportunity to spend so much time with his family again.

“Personally, I’ve had the time of my life,” he said.

“Once I got over the shock of not working, and once I realised I was going to be okay – because all I’ve ever done is worked – I’ve had such a wonderful time at home.

“I thought this wouldn’t come until retirement, it’s really made me consider what it is I do, and how I do live.”

He said that he is currently living with five adults and a baby, who all eat every meal together.

He said that he is “absolutely loving it”, adding: “I don’t want to come across as Peter Perfect, but I don’t think I’ll get this opportunity again, to spend this much time with my family.”

Wallace is set to appear in a new series of Celebrity MasterChef, which was filmed before the lockdown.

He said that over the years that he has been a judge on the show, he has got “a lot less conservative” in his tastes.

“Anything new, like a new combination of flavours, used to scare me, but now I keep a much more open mind than I used to,” he said.

“And I actually look forward to the slightly edgy and dangerous food, whereas before it used to terrify me.”

He added that when the contestants walk into the MasterChef kitchen “they’re no longer celebrities”.

“I think they walk in there and think they can showbiz their way through it and then they realise they’re seriously going to succeed or fail by the quality of their cookery – and the showbiz glamour just falls away,” he said.

Celebrity MasterChef returns to BBC One on July 1.