Young Vic boss: Theatre is a jewel in our crown and needs Government support 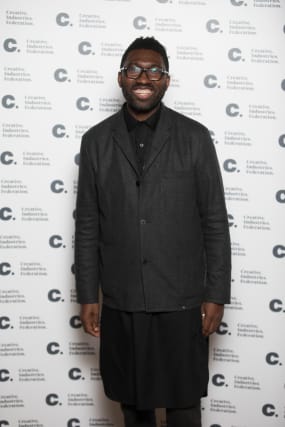 The Government must not “let our arts die”, the artistic director of the Young Vic has said.

Kwame Kwei-Armah called for help after stars warned that the UK theatre industry stands “on the brink of ruin” as Les Miserables, Mary Poppins, Hamilton and The Phantom Of The Opera were pulled from the West End for the rest of the year.

He said that around “70% of theatres up and down the country… will run out of cash by December”.

“That means we’ll fall off that cliff and many of us will die and we will not be able to return,” he told Good Morning Britain.

Kwei-Armah said: “For 70 years, our country has invested in our world class arts… and I do not believe that this Government and the people of Great Britain want to see that investment fall by the wayside.

“We are world beaters. Our soft power is immeasurable.

“It’s really important that we see this as a big moment for the way that we are perceived throughout the world. We cannot let our arts die.”

Theatre owner and producer Sir Cameron Mackintosh blamed the decision to pull famous musicals until 2021 on “continued uncertainty” over when the Government will completely withdraw social distancing measures.

Consultation over potential redundancies for all employees on the productions has begun.

“We were the first out and we will be the last back in.

“We need Government investment. I do not believe this Government will allow our culture, our theatre, one of the jewels in our crown, to fall by the wayside.”

His comments come after Culture Secretary Oliver Dowden said relaxing the two-metre social distancing rule will not end the problems faced by the theatre industry.