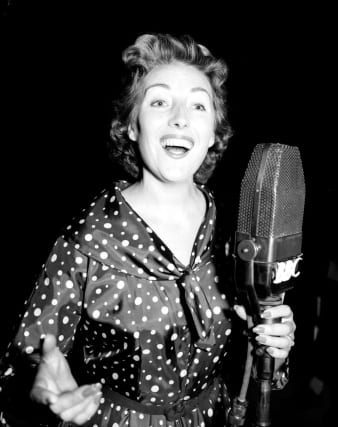 The broadcaster aired a one-off programme on BBC One on Thursday night, in place of Garden Rescue, which featured footage first recorded to celebrate Dame Vera’s 100th birthday.

The veteran singer died on Thursday morning, aged 103, surrounded by her close relatives.

Some said they were brought to tears by the broadcast, which saw Dame Vera recount landmark moments in her career.

One viewer said: “Just watched the Vera Lynn tribute documentary on BBC 1 absolutely incredible brought a tear to my eye. What an incredible lady and British institution.”

A second thanked the BBC, writing: “Thanks to the BBC for a wonderful tribute to the true British icon Dame Vera Lynn.”

A third described Dame Vera as a “national treasure”.

They said: “Just watched the BBC programme on Dame Vera Lynn. So sad she’s gone now but she will always be remembered as the national treasure that she was.

“Watching Dame Vera makes me feel so proud to be British!”

Others praised the BBC’s decision to make room for the broadcast at short notice.

They said: “Very sad news about Dame Vera Lynn today. Lovely tribute to her on tv on BBC.”

Another added: “Thanks to the bbc for a wonderful hours tribute to the true British icon dame vera lynn.”

Another viewer wrote: “Thanks to the BBC for a very moving tribute to Dame Vera Lynn. I must admit to not really paying attention previously, but what a beautiful voice.

“Her version of ‘As time goes by’ is absolutely lovely.”