Vera Lynn: How the singer enjoyed a resurgence during her final few months 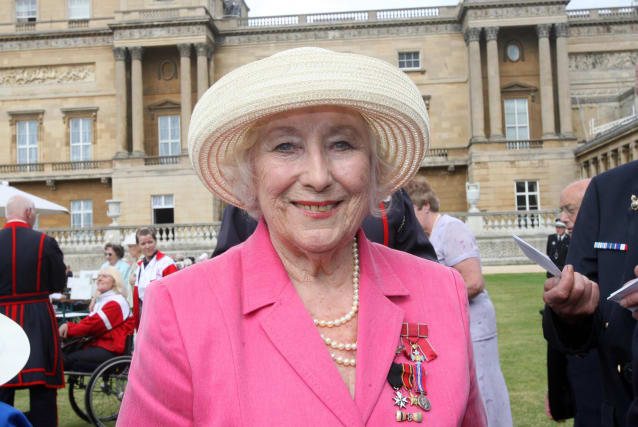 Dame Vera Lynn enjoyed a resurgence during the last few months of her life as her words became a source of comfort to many during the coronavirus pandemic.

The Queen channelled the lyrics of her wartime classic when she told a nation in lockdown, separated from their families and friends, “We will meet again”.

The song had originally helped raise British spirits during the Blitz.

Dame Vera said she had been buoyed by the Queen’s words.

“I watched with the rest of the country and thought it was a great encouragement during these difficult times, but I wasn’t aware that Her Majesty would use the lyrics at the end of her speech,” she told the Radio Times.

“I support her message of keeping strong together when we’re faced with such a terrible challenge.

“Our nation has faced some dark times over the years, but we always overcome.”

She also recorded a new voiceover which addressed coronavirus for the song, to mark her 103rd birthday in March.

Dame Vera said: “We are facing a very challenging time at the moment, and I know many people are worried about the future.

“I’m greatly encouraged that despite these struggles we have seen people joining together.

“They are supporting one another, reaching into the homes of their neighbours by offering assistance to the elderly and sending messages of support and singing into the streets.

“Music is so good for the soul, and during these hard times we must all help each other to find moments of joy.”

Dame Vera and fellow singer Katherine Jenkins released a duet performance of We’ll Meet Again to raise money for staff and volunteers working on the front line of the pandemic.

The country’s celebrations of the 75th anniversary of VE Day in May also helped Dame Vera’s work to have a resurgence.

Jenkins performed We’ll Meet Again in a recorded concert in an empty Royal Albert Hall to mark the occasion.

Following the celebrations, Dame Vera became the oldest artist to score a top 40 album in the UK after a collection of her greatest hits re-entered the rankings in 30th place.