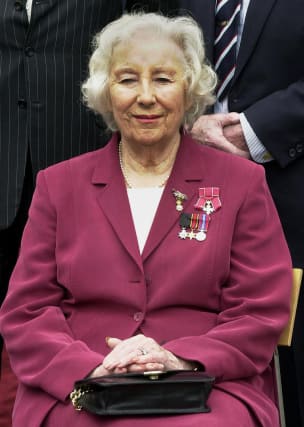 Dame Vera Lynn’s commitment to the armed forces “never waned” in her later years and she retained an “incredible spark”, a Royal British Legion official who worked with her has said.

Teresa Greener, the charity’s head of special events and celebrity liaison, told the PA news agency that the singer, who has died aged 103, continued to be involved with their work right up until her final few months.

She is going to be “really sorely missed” by the Royal British Legion and the wider armed forces community, she said.

“I remember that she never said no, even in later life.

“If we asked her to do something she might say, ‘I’m really not well enough to actually attend, but’ – and she would always find some way of being involved, even right up to this year’s VE 75 commemoration.”

Ms Greener said that in recent years when Dame Vera met bereaved families who had lost children in conflict, she always “gave that feeling of understanding and appreciating what they were going through”.

She added: “I think she was very much affected by what she saw in the Second World War, and I think that made her understand a lot about life in the armed forces and how that affected people, and that is why that was a passion for her.

“But I just think she had this incredible spark that kind of went – don’t give up.

“Someone who is still talking about hope for the future when they’re 100 has to have an incredible spark within them to make that work.”

Until later life Dame Vera was still giving the Royal British Legion permission to use her music, and giving “messages of hope and inspiration” to veterans, Ms Greener said.

“I think that was why she was such a force for good, because she was always looking with hope for the future,” she added.

“I really hope the legacy will be one of hope for the future, but also of appreciating everybody, whoever it is, appreciating what they offer as an individual, because that’s what she did.”