Musicals from Les Mis to Hamilton will not reopen until 2021 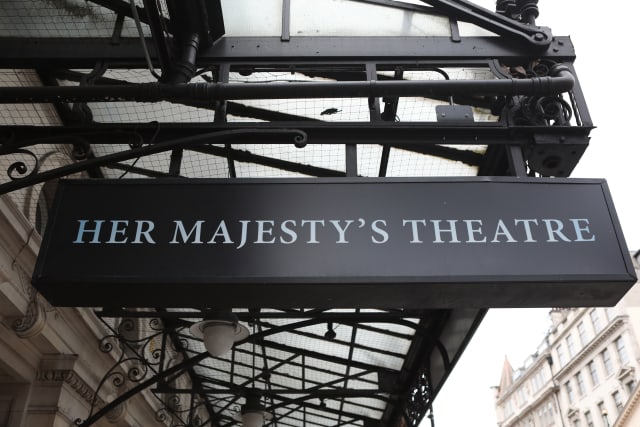 Musical giants Les Miserables, Mary Poppins, Hamilton and The Phantom Of The Opera will not return to the West End this year, Sir Cameron Mackintosh said as he urged the Government to “take action”.

The theatre owner and producer described the decision not to open until next year as “heartbreaking”, and he blamed “continued uncertainty” over when the Government is going to completely withdraw social distancing measures.

A process of consultation over potential redundancies for all employees on the productions has begun.

Sir Cameron said: “Despite the Government engaging with the desperate pleas from everyone in the theatre industry, so far there has been no tangible practical support beyond offers to go into debt, which I don’t want to do.

“Their inability to say when the impossible constraints of social distancing will be lifted makes it equally impossible for us to properly plan for whatever the new future is.

“This has forced me to take drastic steps to ensure that I have the resources for my business to survive and enable my shows and theatres to reopen next year when we are permitted to.

“Everything I have made has come from the theatre and everything I have has gone back into these magnificent historic buildings that I have lovingly restored and the spectacular productions I have painstakingly insisted remain in tip top shape wherever they play in the world – resulting in my being one of the biggest employers in the theatre.

“The commercial theatre provides billions of pounds of revenue to the economy.

“It is time this is recognised and the Government takes action to ensure this priceless resource at which the British people excel is helped to survive.

“Without our theatres being ablaze with life, London cannot properly reopen as one of the world’s greatest cities.”

Return dates for the productions will be planned for as early as practical next year.

It is expected to take several months of preparation for the productions to be remounted and audience confidence and advance sales to build once social distancing restrictions are lifted.

Society Of London Theatre and UK Theatre chief executive Julian Bird said the festive period is crucial to theatres around the country.

He said: “Christmas for theatres is absolutely essential… Pantomimes, Christmas musicals, Christmas shows… It’s where they can make profits that they use later in the year for other production.

“It’s vital… Do I think it’s cancelled yet? I very, very much hope not.”