Keisha Buchanan says she was portrayed as ‘instigator’ of Sugababes infighting 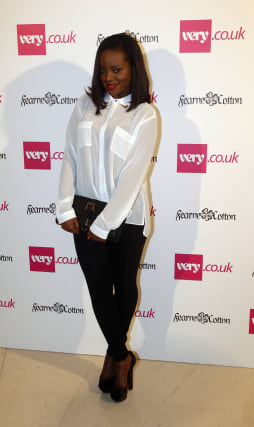 Sugababes star Keisha Buchanan has described her experience of racism in the music industry, saying she was portrayed as the “instigator” of conflict within the pop group.

The singer, 35, was one of the band’s founding members, alongside Mutya Buena and Siobhan Donaghy, but quit in 2009 amid rumours of infighting.

Speaking on This Morning, she said that she was often portrayed as the source of the conflict and now believes this was because of “systemic racism”.

She said: “I’m saying that definitely, 100%, I believe that systemic racism comes in all different forms, and I believe that if you’re using someone’s character to manipulate them and it’s based upon perception, in terms of the press side of things.

“Some of those people have never met me and just decided that I was the instigator in situations and no one ever gave me a chance to say actually what happened.”

Buchanan also claimed that, due to what had been written about her, she was “thrown under the bus” when an album failed to perform commercially.

She said: “Within the music industry the clearest example was I was speaking to someone senior at the record company at the time and I was asking them: ‘What’s going on with all of these rumours?’

“And they pretty much told me that I was being used as collateral because it made sense to the story that they wanted to put out, because they felt like the (Girls Aloud) album was getting a lot of backlash and wasn’t doing very well and so I was like: ‘That means throwing me under the bus?’

“And this person was like: ‘Well, this isn’t coming from me’.

“But it was very clear to me that they used the fact that I’d had things written about me in the past and I was used as a scapegoat really.”

Recalling the time soon after the group formed in 1998, when the original members were teenagers, Buchanan said she had been portrayed as the cause of the group’s arguments.

She added: “Behind the scenes, the girls are very supportive towards me, and the team as well.

“They told me to ignore what was being said because they knew who I was.”

She said the public perception of her had eventually made her more self-critical.

“It has changed the course of my life quite a lot,” she said.

“I’m quite critical of myself anyway, so it’s made me even more so and it allowed me to not really have much boundaries, because I felt like if I were to be seen to have these boundaries I would be seen as being aggressive.

“So that could be signing contracts, if it was to do with songwriting – I always felt under a lot of pressure.”

Buchanan, Buena and Donaghy reformed last year to release their first new music together since Flatline in 2013.