Ipswich family named funniest in Britain by the Beano 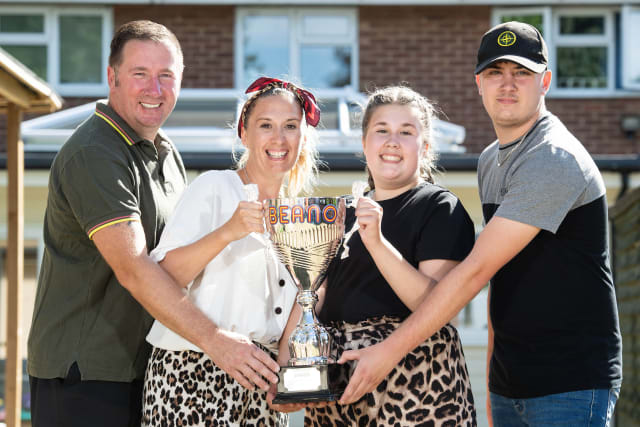 A family in Ipswich has been crowned Britain’s funniest by the Beano after millions of votes were cast.

The Millers won the affections of the public with their rendition of Queen’s Don’t Stop Me Now, which they entered into the “funniest family song and dance” category in the Beano’s Britain’s Funniest Family competition

For their efforts, they were awarded with a trophy as well a Nintendo Switch while the family will also feature in an issue of the Beano later in the year.

“We couldn’t believe it when we heard, being immortalised in the Beano comic is a dream come true for the kids,” said Katrina Miller.

“We’d like to say a big thank you to everyone who voted for us.”

The competition was launched with the intention of helping families through lockdown by reducing anxiety and was developed by Beano in partnership with mental health charity Young Minds.

The Millers – Katrina, husband Scott, son Devon, 17, and daughter Lola, 13 – selected the latter and danced around their house to the Queen classic, singing along to their own modified lyrics.

“We bet the whole country can’t wait to see to see what they get up to in Beanotown when they join Dennis and Minnie this autumn.”

The family also won subscriptions to the comic for their friends and family.