Florence Nightingale Museum: We must save her living legacy 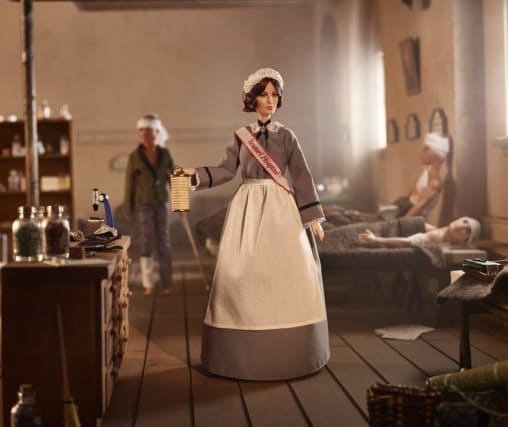 The Florence Nightingale Museum has called for help to save her “living legacy” – saying it is ironic that it faces devastation because of the pandemic.

The central London attraction, which celebrates the most famous figure in nursing history, is under threat because of the consequences of Covid-19.

It is preparing an auction on Friday “to help save” the museum, which receives no core government funding.

Auctioneer Charles Hanson, known for TV show Bargain Hunt, will host the online event from his garden shed in Derbyshire,

David Green, director of the Florence Nightingale Museum, said closure had cost it around £100,000 so far.

“We are facing devastation,” he told the PA news agency.

“I think it speaks volumes that, when they were looking at what to name the hospitals in England to fight coronavirus, they chose to name them Nightingale…

And he said: “The hand-washing message (to fight coronavirus) was Nightingale, who in Notes On Nursing said we should all wash our hands and do it frequently….

“She was one of the first to speak for the need for universal healthcare … so without Nightingale would we be clapping?”

The museum, which was expecting 70,000 visitors this year, two centuries after the birth of The Lady With The Lamp, said it is likely to need funding until March next year, when it would hope the tourist economy picks up again.

Auction lots include a weekend stay at Nightingale’s family home in Derbyshire, and a prototype Florence Nightingale Barbie doll donated by Mattel.

Ballet shoes have been donated by English National Ballet artistic director Tamara Rojo, who was working on a ballet telling the Nightingale story.

The museum opened in 1989 and is in the grounds of St Thomas’ Hospital.

Other objects include a book on the history of 10 Downing Street, signed by Prime Minister Boris Johnson, and a set of children’s nursing scrubs donated by England’s chief nursing officer Ruth May.

Auctioneer Hanson said of Nightingale: “She’s an iconic British historical figure we should all be proud of. Her story must be preserved, not least because it inspires children to take up nursing as a career.”

– The Florence Nightingale Auction will take place on Friday June 19, starting at 6pm. Register to bid, browse the catalogue and watch the auction at www.hansonslive.co.uk.