US network Showtime has unveiled its first look at Irish actor Brendan Gleeson as Donald Trump in forthcoming mini-series The Comey Rule.

The star of In Bruges and Paddington 2 is an absolute dead ringer for the US president, seen in profile with his disputed-sized inauguration crowd providing the backdrop. 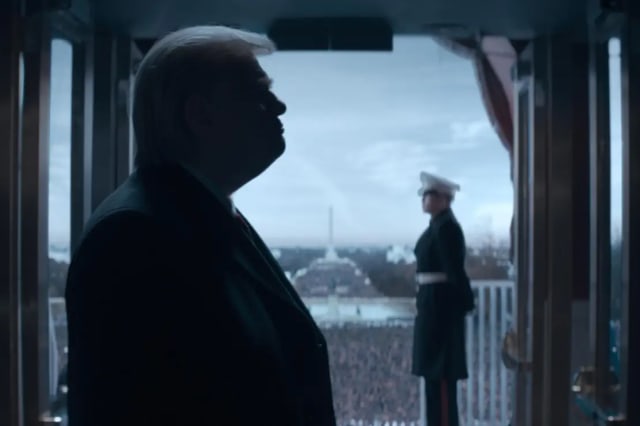 The first part will explore the early part of the FBI's investigation into the Russian interference in the 2016 US election, which saw defy the polls and Trump beat Hillary Clinton to the presidency.

It will also look at the Clinton emails case, the re-opening of which so close to the election saw Comey come under heavy political fire.

The second part will look into the first weeks and months of the Trump presidency, and the volatile relationship between Trump and Comey.

A host of stars will join Gleeson and Daniels in playing key political figures central to the Russia investigation.

Page and Strzok, who were having an affair, were thrust into the headlines and caught up in the maelstrom of Trump's fury when it emerged they'd exchanged private text messages calling the president 'an idiot', leading to complaints that political bias was involved in the Mueller investigation.

It's set to air in late November in the US.

How long do your baking ingredients last?

Meet the man with 42 kids and over 300 grandchildren

Jim Carrey reveals Renée Zellweger was the love of his life

Doubting is wrong before jumping into a river