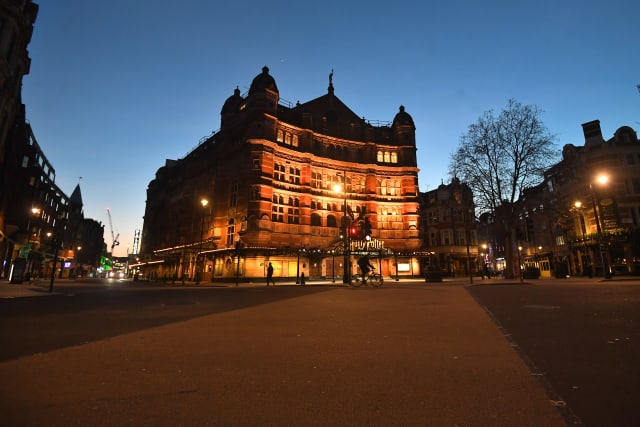 Relaxing the two-metre social distancing rule will not get rid of the problems being faced by the theatre industry, the Culture Secretary has said.

Oliver Dowden said that venues operate on “wafer-thin” profit margins and would struggle to function at lower capacities even if the distance was revised down to one metre.

Speaking at the daily Downing Street press conference, he said that it would be “exceptionally difficult” for theatres to open while social distancing measures are in place, whereas it could allow cinemas to begin screenings.

Addressing the two-metre rule, he added: “I think that would be of more benefit to cinemas because I think they are better able to operate at lower capacities.

Mr Dowden added that he has been in touch with composer Andrew Lloyd Webber about measures that have been put in place for productions in countries including South Korea.

A document produced by Sage, the Government’s scientific advisory committee, in February stated that the risk of the virus spreading in venues such as cinemas is low as you come into contact with a small number of people, although indoor events present a higher risk than outdoor ones.

The document also stated that while the risk of the virus spreading among crowds at sports matches is low, stopping them taking place might send a strong message that people should change their behaviour.