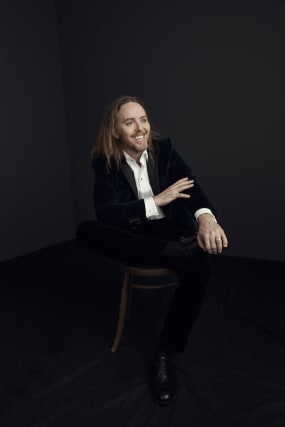 Australian comedian and composer Tim Minchin has released the second single from his debut studio album.

I’ll Take Lonely Tonight details the temptations he faces as a touring musician and comedian, and the strength he finds to remain faithful to his wife.

It will feature on Apart Together, which is due in November and will be the first studio album of Minchin’s 18-year career in music, acting and comedy.

The 44-year-old said of the song: “When I started playing this tune on tour early last year, it became clear that it was really affecting people.

“I thought this temptation tug-of-war might be something experienced more by touring musos… but I kept getting people – men and women equally – telling me that it really hit home for them.

“Caro Constantine, who is a director and DOP I’d worked with before, came on board to help me make a film that reflects the dynamic of the tune and the push-and-pull of drunken temptation.

“I can’t wait for it to be released into the wild.”

While he has continued to release live and comedy albums since 2005’s Darkside, Minchin has never made a studio album.

He was the composer and lyricist for the Olivier and Tony Award-winning show Matilda The Musical, based on the Roald Dahl book.