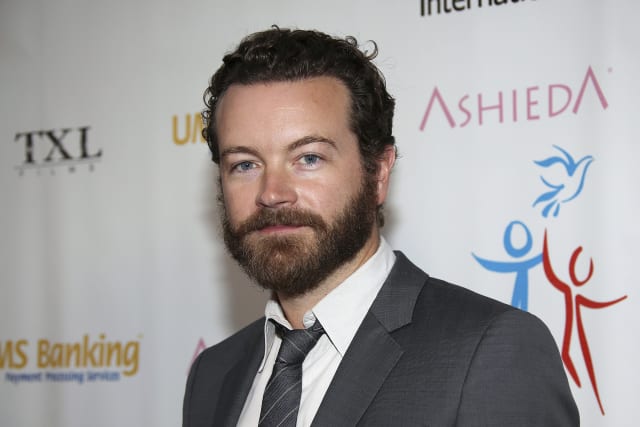 The 44-year-old star of That ’70s Show is accused of attacking the alleged victims in separate incidents between 2001 and 2003, according to the Los Angeles County District Attorney.

Masterson has been charged with three counts of rape by force or fear. An arraignment hearing is set for September, prosecutors added.

Masterson is alleged to have raped a 23-year-old woman in 2001, according to prosecutors.

He is also accused of attacking a 28-year-old woman in April 2003 as well as raping a 23-year-old he had invited to his Hollywood Hills home between October and December that year.

All of the alleged attacks took place at Masterson’s home, prosecutors said.

In a statement to the PA news agency, Masterson’s lawyer Tom Mesereau said the allegations are false.

He said: “Mr Masterson is innocent, and we’re confident that he will be exonerated when all the evidence finally comes to light and witnesses have the opportunity to testify.

“Obviously, Mr Masterson and his wife are in complete shock considering that these nearly 20-year old allegations are suddenly resulting in charges being filed, but they and their family are comforted knowing that ultimately the truth will come out.

“The people who know Mr Masterson know his character and know the allegations to be false.”

Masterson, who has identified himself as a practising Scientologist, has been married to the actress Bijou Phillips since 2011 and they have a six-year-old daughter.

If convicted as charged, Masterson, best known for playing Steven Hyde on sitcom That ’70s Show, faces a maximum sentence of 45 years to life in state prison.

The District Attorney’s office also said it declined to file sexual assault charges against Masterson in two other cases, one for insufficient evidence and the other based upon the statute of limitations.

Masterson was written out of Netflix comedy The Ranch in 2017 when he was accused of sexual assault.

His dismissal from the show came in the wake of mass allegations against the now-jailed Hollywood mogul Harvey Weinstein, who was accused of sexual misconduct following a New York Times investigation in October 2017.