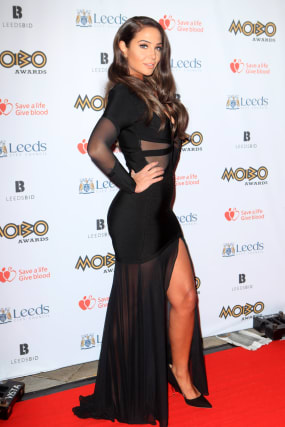 Tulisa Contostavlos has apologised for publicly accusing X Factor contestant Misha B of bullying behaviour but said it is “ludicrous” to think her comments were racially motivated.

The N-Dubz star, who was a judge on the talent show when Misha competed in 2011, instead said she was “calling out” they way she was treating other acts on the show, which was eventually won by Little Mix.

Misha, real name Misha Bryan, has claimed she was left traumatised and suicidal after her appearance on a live show in 2011, when she was accused by Contostavlos of being “feisty” and “mean”.

Sharing a video clip of the incident on Instagram, she wrote: “In 2011 what I thought at the time would be the best opportunity for me, turned out to be the most painful experience of my life.

“What you see in this video is 1% of what I endured. They saw an opportunity to tear down a black girl that came from a broken home and worked together to assassinate my character and to sabotage my career by orchestrating lies.”

Speaking later during a lengthy Instagram live, she said: “Now I know that I am not the only one here that has heard those words. ‘Feisty’, ‘mean’. These are like the common words that people use to describe black women.

“She then went on to say something along the lines of ‘seeing that some of the things that I say could come across as mean’. Let me get one thing clear: this woman had spent zero time with me. The only conversation this woman had with me was after this all happened, when she gave me a very half-arsed apology. Not the words ‘I’m sorry’, but ‘I never meant to do you no harm’. The damage is done, bruv. The damage is done.”

“We arrived back at the mansion and all I could think about was running away, just getting out of there. Because to me … people stood by and didn’t say anything, or a damn thing, when they knew it was wrong and they knew it was lies.”

Responding to Misha in her own Intagram video, Contostavlos said: “One thing I regret is calling her out publicly the way that I did. If I was the person I am today, who is more emotionally intelligent, who has more life experience, I would have handled it in a very different way and that I am truly sorry for and I deeply regret.

“But to say and make claims – I’m not saying she is but I’m seeing it online – that it was racially motivated is ludicrous.”

Contostavlos said Misha had made two of her acts cry, one on the night of the confrontation.

She added: “I called a lot of people out on that show, white, black, tall, short, it’s nothing to do with skin colour, I was protecting my acts.

“If somebody does some nasty stuff, whether it be on that show or not, I’m going to call them out, it’s nothing to do with race.

“I didn’t wake up and go ‘I want to cause some drama for Misha B because of the colour of her skin’. She did some things that I felt I needed to pull her up on. These things were real and they were happening.”

She added: “I can 100% tell you race was not even in the equation, these accusations are ludicrous.

“I owe my life to black people and to black culture from my career to the music I make, to my very being – who I am as a person.”

She finished the video saying: “Please believe me when I tell you I do not have a racist bone in my body.”

She captioned the video, writing on Instagram: “I have witnessed black people being torn down in the industry, especially black women. It is a very real and serious issue.

“But my issue at that time was a response to actions, and was in no way shape or form about race. I have never and will never take part in any oppressive or racist agenda.”