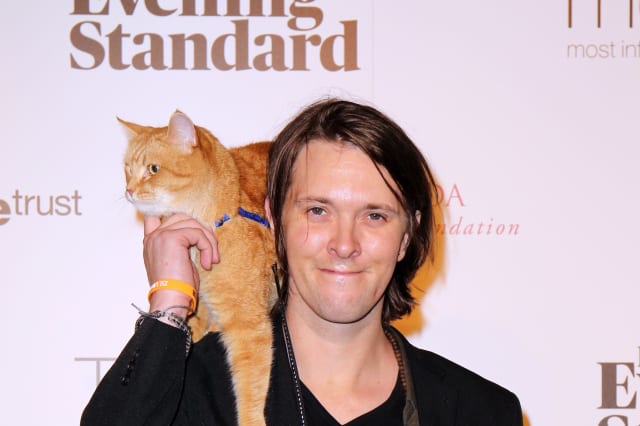 The cat that inspired the A Street Cat Named Bob books has died aged 14.

James Bowen met Bob in 2007 during his battle with drug addiction when he found the cat abandoned and injured and decided to look after him.

He began taking the cat with him when busking or selling The Big Issue in London.

Bowen then wrote a book about their relationship, titled A Street Cat Named Bob, which became a smash hit and was made into a film in 2016.

In a statement on the official Facebook page for Bowen's books, the author said Bob had saved his life.

He added: "It's as simple as that. He gave me so much more than companionship.

"With him at my side, I found a direction and purpose that I'd been missing."

He added that the success they found together was "miraculous".

"There's never been a cat like him. And never will again.

"I feel like the light has gone out in my life. I will never forget him."

The Big Issue also released a statement about the death of Bob.

It said: "All of us at The Big Issue will never forget the impact Bob had on not just James's life but many of our vendors who could relate to his story.

"Magazines that featured Bob on the cover were always top sellers, and vendors looked forward to selling those editions and speaking to customers who were also fans.

"Our condolences are with James and everyone else who was touched by this incredible cat."