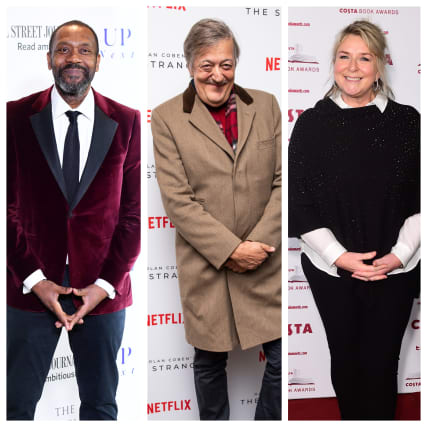 Sir Lenny Henry, Stephen Fry and Fern Britton are among the stars who have signed a letter to the BBC urging the corporation not to cut regional current affairs programmes.

More than 100 well-known figures from the arts, entertainment, journalism, science and politics, including comedian Les Dennis, musician Marc Almond, and director Ken Loach, have written in defence of regional programmes.

Staff on the 11 regional Inside Out programmes have been told to stop filming for September’s series while a review is carried out on its future and there are fears that the regional Sunday politics programmes, which have been cut from 11 to one England-wide show because of Covid-19, will not return, the National Union of Journalists has said.

A letter to director-general Tony Hall and Tim Davie, who will replace him in the role, said: “We are extremely concerned that the BBC regional current affairs programme Inside Out has had its forthcoming series cancelled and the future of all eleven regional departments in England is under review and could even be cut completely.

“All of those who have signed this letter have had the privilege of working or appearing on the respected, award-winning Inside Out or one of the many other documentaries the regional units make for broadcast both locally and on BBC networks.

“Never has in-depth investigative journalism, holding people to account and reflecting the regional diversity of England been more important.”

The letter adds: “If these cuts were to become permanent they risk damaging English democracy by the failure to provide an important platform for those voices in our communities who need and want to be heard.

“Even when faced with financial pressures we urge you not to reduce regional programmes and to defend a vital element of public service broadcasting not available anywhere else.”

Inside Out has covered stories such as an investigation into working practices at Sports Direct, an investigation into the number of UK deaths caused by removal of the hard shoulder, a series of investigations into a Bristol surgeon who left hundreds of women maimed and in pain across the country with reckless and unnecessary surgery and an examination of the impact on the families of young people caught up in drug dealing via so-called county lines.

Chris Packham, who worked for Inside Out South  before his career on Springwatch, Autumnwatch and Winterwatch, said: “Top quality impartial investigative journalism should remain a central part of the BBC’s mission and Inside Out has delivered this consistently for many years.

“And equally importantly it has played a keystone role in the BBC’s essential commitment to regional programming.

“To lose this would be very disappointing.”

Broadcaster Samira Ahmed added: “I was proud to be part of an Inside Out investigation for BBC Leeds that dared to tackle difficult issues around race and exploitation in the Rotherham Grooming Scandal.

“Now more than ever we need honest, fearless journalism that is rooted in the long-term expertise and professionalism of BBC journalists who know their local communities.

“The BBC’s reputation is built on journalists like these.”

Cracker writer Jimmy McGovern, who is returning to BBC One with a drama about a Liverpool teenager murdered in a racist attack 15 years ago, said: “As Boris demonstrated recently when he eased the lockdown despite the virus still raging in Liverpool and Manchester, ‘whatever suits London suits the country’.

“It doesn’t. That’s why you need regional television.”

A BBC spokesperson said: “Local and regional broadcasting is in the BBC’s DNA and we’re especially proud of how our services have performed during recent months.

“The pandemic has forced us to prioritise our resources so we’ve cancelled the autumn series of Inside Out and are continuing with the single political programme for England through to the summer.

“The BBC does face very real financial challenges so naturally we are looking at what savings might be possible across the BBC.”