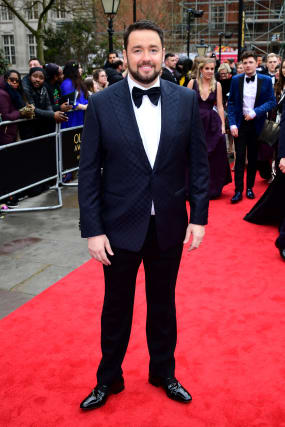 Jason Manford swapped his microphone for a delivery van as he spent the day dropping off groceries.

The comedian surprised shoppers by spending the day with an Iceland delivery driver helping customers in his local community in Cheshire.

His temporary career change comes after he said he was turned down for a job at Tesco.

The comedian said on social media that he applied for a job as a driver when he had been made “recently unemployed” as he “wanted to feel useful”.

However, a spokesman for the supermarket said that Manford missed the deadline for applying to the job.

After he shared screenshots of the rejection on social media, rival supermarket Iceland offered him the chance to work a shift.

During his delivery round, for which he donned a red and grey uniform, he also visited local charity The Bread And Butter Thing, to deliver £500 of groceries that will support those in need with essential food supplies.

Iceland has donated 7.8 tonnes of food equating to 18,500 meals to the charity in the last six months.

Manford said: “Massive thanks to Iceland who have offered me this opportunity to not just deliver some food to their loyal customers, but also for making a generous donation to charities that are close to my heart.”

The supermarket also donated to The Children’s Adventure Farm Trust in Cheshire, which charity provides holidays and days out for terminally ill, disabled or disadvantaged children from across the north west of England.

Richard Walker, managing director at Iceland, said: “Everyone at Iceland is extremely grateful for Jason’s contribution today and he has certainly helped to lift spirits with our customers and heroic colleagues.

“Our stores are deeply rooted within their local communities, so it’s a real privilege for us to be in a position where we can work with great people like Jason and donate to some worthy causes at the same time.”