Films released on VOD during lockdown will be eligible for Baftas 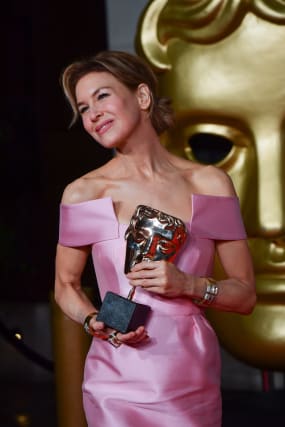 Films released on streaming platforms while cinemas are closed will still be eligible for Baftas in 2021 under temporary changes to the rules, it has been announced.

The British Academy film awards has already pushed back its ceremony from February 14 to April 11, in line with the postponement of the Oscars.

It has now announced that films go straight to VOD (video on demand), rather than waiting for a theatrical release when cinemas reopen following the coronavirus lockdown, will still be eligible for prizes.

Rule changes have been implemented “to ensure that titles which had an intended theatrical release are not penalised due to the impact of the coronavirus pandemic on cinemas,” Bafta said.

The changes will be reviewed at the end of July 2020, taking into consideration the constantly evolving circumstances of film production, distribution and exhibition.

Films that were showing in cinemas when they closed and had their theatrical release curtailed will be eligible regardless of the number of qualifying screenings they had.

Films that were due to for cinema release during lockdown but were instead moved to VOD at any time during the 2020–21 eligibility period will also qualify.

Titles which were intended for release in cinemas during the lockdown but did not have a confirmed and published release date will be eligible should they release on an approved commercial VOD platform during lockdown.

Once cinemas reopen, these titles will only be eligible if they are given a theatrical release, as will all remaining films.

Bafta Film Committee chairman Marc Samuelson said: “We have pushed back by two months to give all films the best possible chance to be released and considered properly.

“As cinemas gradually reopen we know that the major releases will dominate screens. Relaxing the scale of theatrical release required, including releases on VOD in some cases, and pushing back the date of the awards should help the smaller, independent, documentary, foreign language and particularly the British films to be seen in good time for EE British Academy Film Awards in 2021.

“The date of the 2021 awards has to be set now to allow distributors to make plans, but the current awards review is considering all aspects of the awards, including the date from 2022, and our relationship to other awards ceremonies.”

The 2022 awards were previously announced for February 13 and are part of the review announced following the nominations for the 2020 ceremony earlier this year.

Many cinemas around the UK are expected to reopen next month after shutting their doors in March.

Cineworld has confirmed plans to open its branches on July 10.

Chief executive Mooky Greidinger said: “We are thrilled to be back and encouraged by recent surveys that show that many people have missed going to the movie theatre.

“With a strong slate confirmed for the coming weeks, including among others Tenet, Mulan, A Quiet Place Part II, Wonder Women 1984, Black Widow, Bond, Soul, Top Gun Maverick and many more, the entire Cineworld team remains committed to being ‘the best place to watch a movie’.”