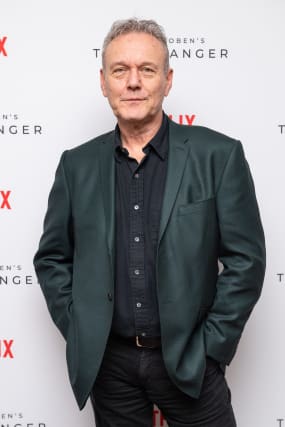 Anthony Head has said we should look to “evolve and learn” following the row about the use of blackface in Little Britain.

The actor, who played the Prime Minister in the comedy, said he thinks people will do things “differently” as a result of the coronavirus pandemic and the Black Lives Matter protests.

The series has come under fire recently because of the use of blackface make-up in some sketches.

It was removed from Netflix, BBC iPlayer and BritBox in the wake of Black Lives Matter protests around the world following the death of George Floyd in the US.

Asked about the row over Little Britain, Head told ITV’s Lorraine: “Hopefully we are always looking to evolve and learn.

“I think, before we respond to anything or do anything, we should always step back and say ‘Is it it fair? Is it necessary? Is it kind?’, and I think people will do things differently from now on.

“This whole period of history through Covid and the protests has made people reflect and I’m sure many people will do things differently from now on.”

Matt Lucas and David Walliams issued apologies last week for playing characters of other races in the series.

In the wake of recent Black Lives Matter protests, stars including Ant and Dec and Leigh Francis have also apologised for portraying black people on TV.

Netflix has also pulled The Mighty Boosh and League Of Gentleman from the service over their use of blackface.