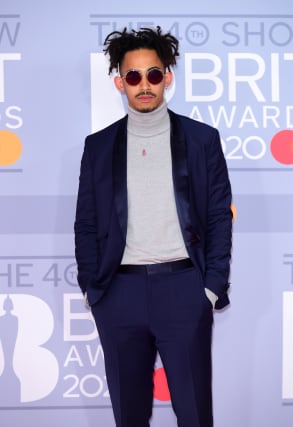 Rizzle Kicks star Jordan Stephens has urged people to “knuckle down” on both their mental and physical health during lockdown.

The musician, 28, said taking exercise and eating well were pivotal to coping with self-isolation.

Stephens co-founded the I Am Whole mental health movement with Spirit Media, and has been open about his own struggles with anxiety, as well as his dependence on drink and drugs.

He told the PA news agency: “Mental health is really interlinked with physical health, and boosting that psychosomatic relationship, because in quarantine you get faced with the reality of how much responsibility to your body as well as your mind.

“Obviously, people have had loads of stuff taken away from them but I think it becomes more obvious, the building of anxiety and depressive states, if you are not actively moving your body, or if you are not eating the right food.

“We began this campaign battling stigma and spreading awareness and we have really put a focus on how important music is, and we will continue to do that – but the only thing that has been boosted for me in this time is like ‘Let’s really knuckle down on mental health actually encapsulating someone’s entire lived experience’.

“You still have the same responsibility to your body and mind.”

I Am Whole teamed up with east London rapper Kojey Radical, 27, to debut an hour-long film for his song Proud Of You.

Stephens, from Brighton, continued: “I feel like the world of mental health isn’t so prevalent in some black communities. But I don’t want to be excluding people.

“He’s an alpha. He’s a muscly, good-looking, smart guy and having someone like that step up and be open about grief and depression is super powerful.”

Proud Of You features more than 100 clips of people around the world singing, dancing and rapping along to the track, after Radical issued a call for submissions on social media.

Addressing the increased awareness of mental health issues since lockdown began, Radical said: “If you could bottle up the idea of hope and eagerness and prosperity that everyone felt walking into 2020, it would probably be the most euphoric aroma ever.

“But it just wasn’t meant to be that way. Everyone had plans that were probably outside of themselves.

“Nobody started the year saying, ‘I’m really going to take the time to look at my mental state and make sure I am happy.’

“People were like, ‘I’m going to make as much money as possible, I’m going to go on this many holidays.'”

Radical said that the “exposure to self” caused by lockdown was “daunting” to a lot of people.

He added: “That’s probably why (mental health) seems so prevalent now among people who would have never spoken about it before.

“But also, not everyone is in a great situation. You might be locked down within something and you don’t have an escape.

“You can’t just go to work, if that was your distraction.

“It’s an exposing time but the healing works on a lot of levels.

“You have to look at it outside of just the mental state and more look at what you can do for you, to help you.”

More information is available at www.whole.org.uk.

How to make your hotel stay better post-lockdown

Care home staff and residents to be given regular coronavirus tests

Some lucky passengers took a fake flight to nowhere

Brie Larson ready to get personal on new YouTube channel

What is cystic acne?