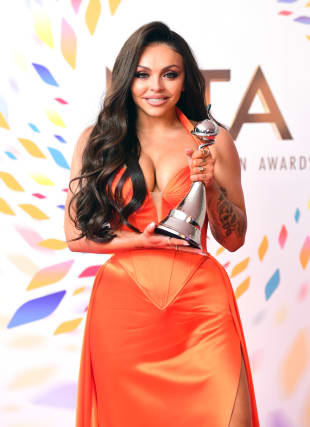 The official Instagram account of the group – Nelson, Leigh-Anne Pinnock, Jade Thirlwall and Perrie Edwards – shared a photo of the pop singer.

A message said: “Happy birthday to the absolute queen @jesynelson.”

A post from the fashion label Pretty Little Thing, which Little Mix partnered with to launch a clothing collection, described Nelson as a “queen”.

One wrote: “Happy 29th Birthday to my idol Jesy Nelson who I’ve been looking up to for so long and who inspires me everyday!”

Another said: “Happy birthday to the person I love and admire the most.

“There’s no words that describe how much I admire and love this woman.

“You are everything to me Jesy and I want you to know that I appreciate having you as one of my idols, I love you with my life.”

“Thank you for all the smiles you gave me.

“Thank you for loving yourself as you are and teaching me to do the same.

“Thank you for being one of the most special parts of my life. I hope you have the best of days.”

Nelson and her Little Mix bandmates formed on The X Factor in 2011 and have since become one of the country’s biggest-selling girl bands.

Last year, Nelson documented the abuse she received on social media in a programme for the BBC.

It also covered her attempt to take her own life in 2013 after becoming “obsessed” with the negative comments.