Fleur East: I was told I wouldn’t sell records with my natural hair 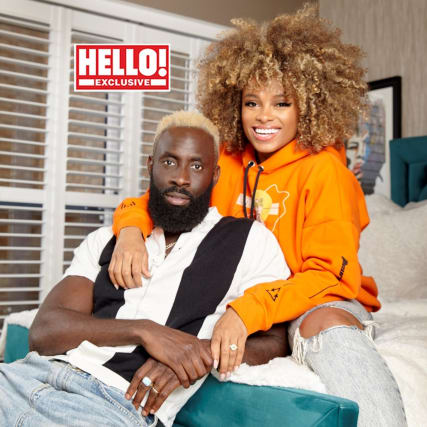 Fleur East has said she was once told she wouldn’t sell records if she wore her hair naturally.

The X Factor star, 32, said it was important to her that she wore her afro “proudly” and spoke about her culture and roots publicly.

East, a singer and presenter who came second in the 2014 series of X Factor, spoke to Hello! magazine alongside her husband Marcel Badiane-Robin.

She said: “When I went into the X Factor, one thing that I really didn’t want to compromise on was my hair.

“That, to me, is a representation of me, my colour and my culture, and I believe that should be celebrated.”

Talking about her time on I’m On A Celebrity… Get Me Out Of Here, she added: “When I went into the jungle a lot of people asked if I was going to braid my hair down, saying I couldn’t have my afro out in the jungle.

“But I wanted to have it out and wear it proudly.

“I’ve been to shows where backstage I’ve met young black and mixed race kids whose parents have said ‘Thank you so much Fleur for wearing your hair proudly and for speaking about your culture and your roots, because my child has someone to look up to.’

“And that is so important. I was in a group before X Factor and I was told to straighten my hair, that I wouldn’t be able to sell if I had my natural hair.”

East, whose father was white and whose mother is from Ghana, recently attended a Black Lives Matter protest, prompted by the death of George Floyd in the US after he was held down for almost nine minutes by a police officer kneeling on his neck.

“The atmosphere was amazing,” she said.

“I could have cried. Everyone was there. All races, all ages. It’s such a beautiful thing to see that.

East also credited Spice Girl Mel B as an important role model, saying: “In the music industry growing up there weren’t a lot of people who didn’t straighten their hair.

“That’s why I loved Mel B in the Spice Girls – she had her afro and I remember looking at her thinking how amazing it was, and it made me love my hair.”

Read the full interview in Hello!, out now.