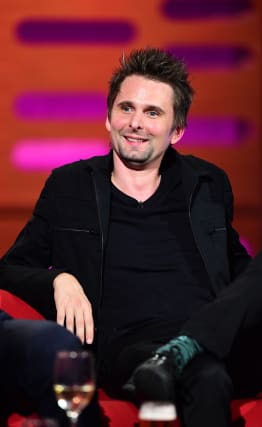 The singer and guitarist, who already has a son with actress Kate Hudson, shared two photos of them cradling the newborn girl with his 581,000 Instagram followers.

He joked that the child, named Lovella Dawn Bellamy, had been born with the same “quarantine haircut” as her father.

Miles Kane and Rage Against The Machine guitarist Tom Morello were among those sending their congratulations.

The musician, 42, and American model, 30, married in 2019 during a ceremony in Malibu, California.

The couple had been dating for more than four years and got engaged in December 2017.

He was engaged to actress Hudson before their relationship ended in 2014, and was also set to marry Italian psychologist Gaia Polloni before they split up in 2009.

Evans is best known for appearing in the music video for Robin Thicke’s Blurred Lines in 2013.