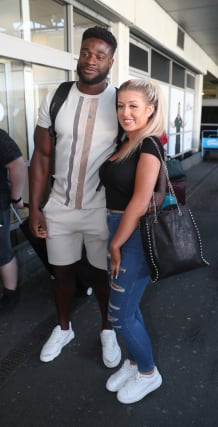 The pair, who appeared on series six of the ITV reality show, shared statements on their Instagram accounts announcing the news.

Gale wrote: “To confirm myself and Ched have split, we are still good friends I wish him all the best. Thanks for all the support you have given us since the villa.”

Together, they placed fourth during the live final, hosted by Laura Whitmore in South Africa.

She said: “Probably this lockdown thing does make us, probably less close.

“Just because like, it’s not the same is it? When you can’t actually see someone.

“But I guess you’ve just got to make do with the situation.”

Series winners Paige Turley and Finley Tapp are still together, while runners-up Siannise Fudge and Luke Trotman recently moved into a shared home.