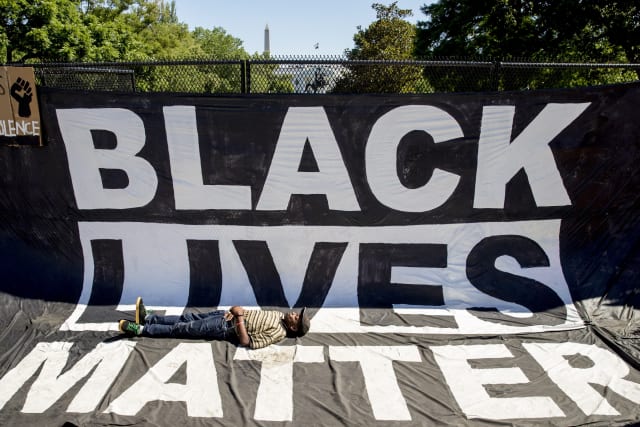 Former Saturday Night Live comedian Jay Pharoah has alleged a Los Angeles police officer knelt on his neck after stopping him at gunpoint in the street, in an incident echoing that involving George Floyd.

The comic said four officers stopped him with “guns blazing” before telling him to get on the ground, where he was handcuffed.

Pharoah claimed he was told he was stopped because he fitted the description of “a black man in this area, with grey sweatpants on and a grey shirt”.

He shared footage of the incident from a security camera to Instagram. The video appears to show Pharoah, 32, walking down a street before a police officer runs up behind him with a gun drawn as a police cruiser arrives with more officers.

He said as he was on the ground being handcuffed an officer placed his knee on his neck.

“It wasn’t as long as George Floyd, but I know how that feels,” Pharoah said.

“I said, ‘Why are you doing this? What’s wrong?’ They said, ‘You fit the description of a black man in this area, with grey sweatpants on and a grey shirt.’ I told them, ‘If you Google right now Jay Pharoah, you will see that you made a big mistake’.”

He said the police released him after receiving a call confirming he was not the man they were looking for.

According to Pharoah, the Los Angeles incident happened about a week before video of the killing of black jogger Ahmaud Arbery by two white men in Georgia went viral.

An LAPD spokesman said: “The person in the Instagram post was detained as a possible suspect of a crime. It was determined to be the wrong suspect and he was let go. The incident is being investigated.”