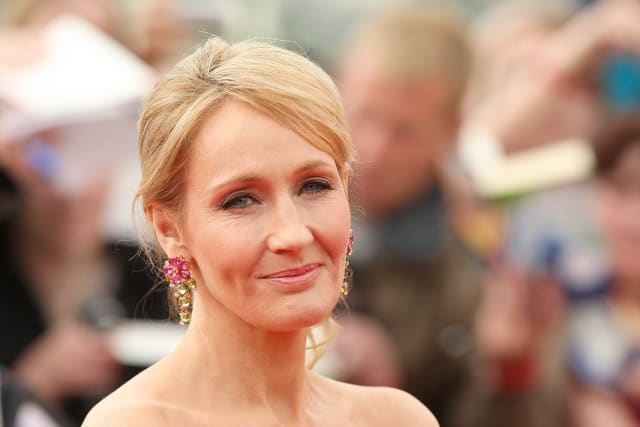 A charity which supports transgender children has urged JK Rowling to meet some of the young people it works with after the author sparked a row with her comments on the issue.

Mermaids published a lengthy statement challenging views expressed by Rowling after she said she had been motivated to address transgender issues by what she sees as an increasingly misogynistic society.

She also revealed that her previous experiences of domestic abuse and sexual assault partly made her want to speak out.

Last weekend, Rowling also took issue with a headline on an online article discussing “people who menstruate”, and said: “I’m sure there used to be a word for those people. Someone help me out. Wumben? Wimpund? Woomud?”

Mermaids said in its statement that Rowling’s comments were “difficult for many trans people and their families to read”.

“For our part, all we are asking, is that you meet with transgender young people and listen to them with an open mind and an open heart, rather than talk over them,” it added.

The charity also accused the Harry Potter author of sharing “uncorroborated and inaccurate information which severely damages the lives of trans and non-binary people”.

The statement added: “In short, biology is not as binary or as simple as we often assume and just because you feel no disparity between your given gender identity and who you are, that does not mean that other people do not nor qualify you to act as a ‘gender sorting hat’ for other people.”

“I want my trans followers to know that I and so many other people around the world see you, respect you and love you for who you are.”