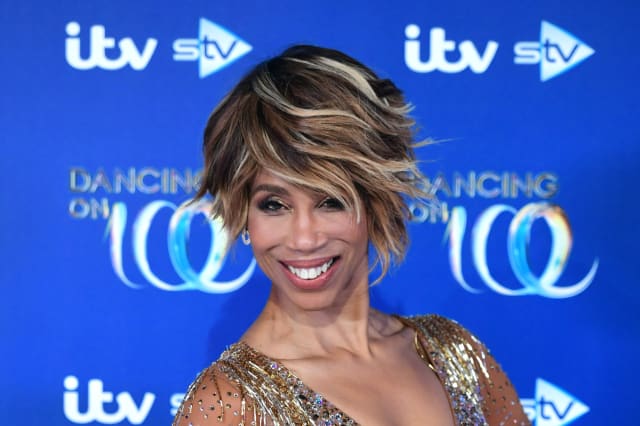 Francis apologised to Goddard and the other black celebrities he wore rubber masks to portray on the show, posting a tearful video to Instagram following the death of George Floyd.

Bo' Selecta has since been removed from Channel 4's All4 on-demand service. Speaking on Newsnight, Goddard, best known for her morning talk show Trisha, said she "hated" Francis's portrayal of her.

She said: "Let me just tell you, I've only just recently discovered how bullied my children were in Norfolk over the character.

"It was the big lips, and all the things that every black child has been bullied about. I can laugh at myself, but it was the racial over the top with the big wide lips and the 'rice and peas'. I couldn't watch it.

"A couple of times I bumped into Leigh, I couldn't even talk to him I felt so sick. And recently at an awards do, he knows I walked away from him."

Goddard, 62, said Francis spoke to her daughter about the bullying she endured at school due to his work, saying the comedian, who is a father himself, was "absolutely horrified".

She also criticised Channel 4 for commissioning Bo' Selecta, which originally aired from 2002 to 2004.

She said: "For an entire corporation to say 'yes that's a good idea – let's put it on and commission it'. We all make mistakes, but if you're going to apologise, just the words aren't enough.

"While I was on air, a couple of times Special Branch had to teach my children not to open parcels sent to the house. They were once scrambled to my daughter's school. Not because of anything I said, just because of how I look."

Goddard also denied reports she had "forced" Francis into his apology and said: "After Leigh's heartfelt apology, the racism, the remarks as a result, because it was seen as me forcing him to do it. I didn't force him, I didn't even ask him. I have gone through the most disgusting stuff."

In his apology, Francis, 47, said: "I just want to apologise, I just want to say sorry for any upset I caused whether I was Michael Jackson, Craig David, Trisha Goddard, all people I'm a big fan of. I guess we're all on a learning journey."

Rebecca Black: I feel pressure to label my sexuality