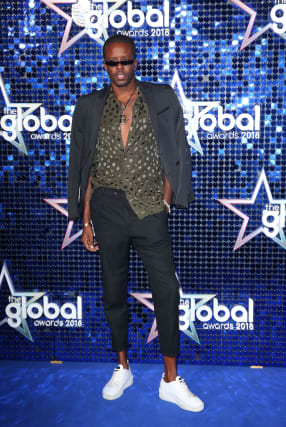 The Only Way Is Essex star Vas J Morgan has accused the reality show of “systematic racism” and said he was “consistently put into situations that perpetuated the same racial stereotype”.

The reality star, who appeared on the show from 2014 to 2018, said he was treated differently to his white castmates and “was almost never allowed to show any sides of my personality that wasn’t angry, aggressive or negative”.

In a lengthy social media post, Morgan said he decided to speak out after the show’s official Instagram page started deleting his comments under a Black Lives Matter post.

Morgan said he was “saddened but not shocked” to see racist remarks underneath the post and felt the need to reply, writing: “While I don’t believe that I am responsible for educating other people on racism or the meaning of the black lives matter, it is fundamental to understand that until black lives matter, all lives can’t matter.

“While I have been conditioned to expect uneducated comments, like the one above, I was deeply saddened by what happened next.”

Morgan said that his comments were deleted from the show’s page and that he sent a direct message to the account to ask why.

He wrote: “At the time I was going to let this go but it’s something that has been on my mind for the past few days. Because it’s tantamount to black voices being oppressed and silenced while they still left the racist comments.

“The incident was reminiscent of similar experiences while filming The Only Way Is Essex.

“While I have always been proud to be one of the only black and gay reality TV stars on British television, I have often felt conflicted over the way I was treated and the way I was portrayed.

“During the four years I filmed the show, I was almost never allowed to show any sides of my personality that wasn’t angry, aggressive or negative.

“I was consistently put into situations that perpetuated the same racial stereotype that has been used to oppress and control black people.”

Morgan said he told producers that he did not feel comfortable arguing with women on screen as a 6ft 2in black man but “this concern was always ignored”.

He added: “Countless times I’ve been in environments where I’ve had to endure racist language being used casually.

“The fact that it wasn’t directed at me doesn’t make it less painful to hear.”

He said he was told that he was the “token representation of minority in our cast” and he was “there to be paraded out as a symbol but never treated equally to the other cast members and despite having some of the most progressive and talked about scenes on the show, my story arc was never nurtured the way that my white counterparts were”.

He added he felt “guilty” for not speaking out sooner but said the fear of being “blacklisted” from the industry held him back.

He added: “The experiences I had on the show are part of the systematic racism that for the first time has had a spotlight put on it on a global scale.

“This systematic discrimination starts from the top down. From leadership positions within the network, to the writers room, to our day to day producers.”

Morgan added that he only ever worked with one black producer and never met a black executive or person in a position of power during his time on the programme.

He captioned the post: “Dear @towie I am sure my invite to the 10 year anniversary series will be rescinded after telling my truth but that is ok because @iamenough.”

Representatives for The Only Way Is Essex have been contacted for comment.