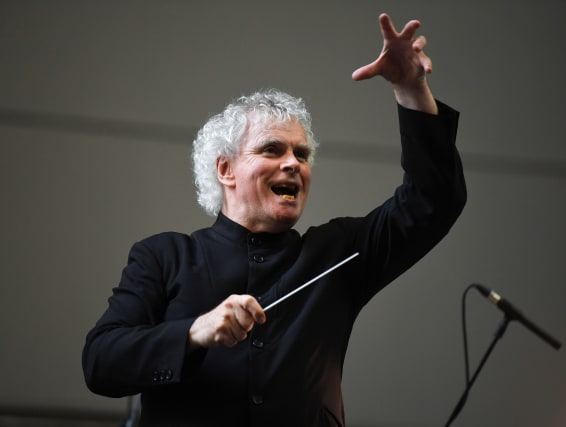 Sir Simon Rattle has said orchestras need “clarity” from the Government on their future – or they “may not survive”.

The music director of the London Symphony Orchestra said orchestras could face a “devastated landscape on the other side” of the pandemic.

In a joint letter to the Guardian with Sir Mark Elder, music director of the Halle Orchestra, he said musicians feel “out in the wilderness”.

They wrote: “There’s a real possibility of a devastated landscape on the other side of this – orchestras may not survive, and if they do, they may face insuperable obstacles to remain solvent in our new reality.”

They added: “We must find a way to play together soon, even without an audience, if we are to maintain anything like our normal standards, and we badly need clarity from Government, a timeline of when that might be and how it can be implemented.

“We understand that we cannot expect to revert to everything as it was before – we will be creative and tireless in making contingency plans and solving problems.”

They went on: “We refuse to believe that live music will die, but it will not survive merely on energy and optimism.”

The BBC Proms is planning a “virtual” opening of the world-famous event but it is hoped that the Royal Albert Hall will be home to live performances in the final fortnight of the season, from late August.

Wigmore Hall in London and Glasgow’s City Halls have announced a return to classical music – broadcast on BBC Radio 3 – but with no audiences present.