Michael Sheen and Stormzy among winners at faith and ethics awards 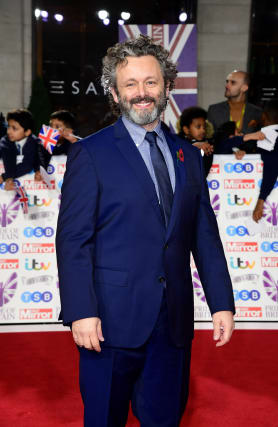 Michael Sheen, David Tennant and Stormzy were among the winners at the first online Sandford St Martin Awards.

The ceremony, which celebrates broadcasting about issues around faith and ethics, is usually held at Lambeth Palace, the official London residence of the Archbishop of Canterbury.

Sheen, Tennant and writer Neil Gaiman won the Radio Times Readers’ Award for Amazon Prime Video series Good Omens, while Stormzy was the recipient of the Trustees’ Award, which was announced ahead of the event.

In response to the coronavirus pandemic, all shortlisted finalists were asked to record acceptance speeches “just in case” they won, to be broadcast during a livestream on June 11.

In his address, Welsh actor Sheen discussed the importance of religion, ethics and morality.

He said: “Everyone is desperately wanting to talk about what it’s like to be a human being, all the time.

“It’s what connects us to people.

In the journalism category, documentary film The Feeling Of Being Watched: Surveillance In A US-Arab Community was named winner.

She said: “Assia tenaciously took on the US government, not only to expose the singling out of one Muslim community outside of Chicago but the fact that if it could happen there it can happen anywhere else.

“Winning this award is the encouragement we need to know that we are not alone in this and a motivator for others to speak out as well.”

Chairwoman of the Sandford St Martin Trust, the Right Reverend Dr Helen-Ann Hartley, who is Bishop of Ripon, said: “When it comes to educating the public and building community, there is nothing to compare with broadcasting and journalism.

“It’s been heartening and feels timely that even as we are striving to understand the reach and repercussions of the current pandemic, our broadcasters are grappling with the big questions and how they and we can contribute in a meaningful way to building a better world.

“I’m very proud that this year’s winners and runners-up epitomise the best of both broadcasting but also broadcasting with meaning.”