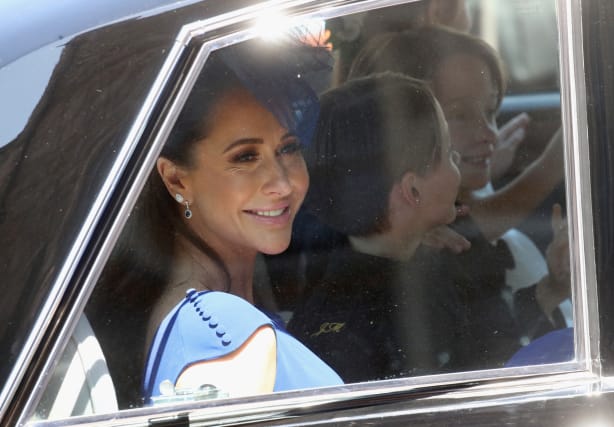 A close friend of the Duchess of Sussex has apologised to a lifestyle blogger after being accused of threatening her in an example of "textbook white privilege".

Canadian fashion stylist Jessica Mulroney, who attended Meghan's wedding to the Duke of Sussex, said she is "stepping back" from social media following an online disagreement with Sasha Exeter.

The controversy has seen the CTV network remove Mulroney's reality show I Do, Redo from its channels, saying her "recent conduct... conflicts with our commitment to diversity and equality".

The move came after Exeter posted a 12-minute long video to Instagram, claiming Mulroney "took offence" to her call of action for people to join the Black Lives Matter movement.

She said: "What happened next was a series of very problematic behaviour and antics that ultimately resulted in her (Mulroney) sending me a threat in writing last Wednesday."

Exeter, who has more than 82,000 Instagram followers, said the threat was an example of "textbook white privilege".

She accused Mulroney of sending a message which read: "I have also spoken to companies and people about the way you have treated me unfairly. You think your voice matters. Well, it only matters if you express it with kindness and without shaming people who are simply trying to learn. Good luck."

Ms Exeter said she was upset Mulroney "never" wanted to use her platform to support the Black Lives Matter movement, especially considering she is "very vocal" about other causes.

And she expressed puzzlement over why Mulroney would not back the organisation considering her close friend Meghan is "arguably one of the most famous black women in the world".

Mulroney and Meghan reportedly met in Toronto, where the duchess lived while filming TV drama Suits.

She frequently appeared on Meghan's Instagram page, before it was closed as the former actress prepared to join the Royal Family.

Mulroney apologised to Exeter on Thursday, sharing a lengthy reply with her almost 400,000 Instagram followers.

She wrote: "As some of you may have seen, @sashaexeter and I had a disagreement. She rightfully called me out for not doing enough when it came to engaging in the important and difficult conversation around race and injustice in our society.

"I took it personally and that was wrong. I know I need to do better. Those of us with a platform must use it to speak out."

Mulroney shared an apology with Exeter, saying: "I did not intend in any way to jeopardise her livelihood. We had a disagreement and it got out of hand. For that I am sorry."

She also said she will be stepping away from social media and handing her platform over to black voices.

Mulroney added: "I plan to use this time to reflect, learn and listen. I have also asked Sasha if she would be willing to take over my account whenever she is comfortable and tell her story.

"The real work of bringing change goes beyond Instagram and I want you all to know that I'm committed to using every platform and resource available to me to continue the important work of anti-racism. I hope you will all continue to hold me accountable."